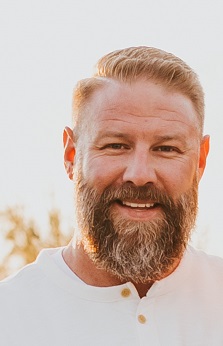 Matthew McNeil Wheaton passed away on August 28, 2021, in Mesa, Arizona, at the young age of 47. Matt was always young at heart, cherished by many, and known for being large in stature. But even bigger was his presence that will be greatly missed by all who were lucky enough to know him.

He was born on October 11, 1973, in San Jose, California, where he spent much of his childhood and early formative years. His family moved during his teenage years to Colorado Springs, Colorado, and later to Modesto, California, where he lived during most of his early adulthood. Finally, he settled down in Mesa, Arizona, where he went on to earn an MBA degree at University of Phoenix. Matt loved & worked at Core & Main as a System Support & Implementation Specialist for the past 7 years.

He is survived by his eternal companion, Monica, 36, and his three daughters, Harper, 9, Vivianne, 5, and Cosette, 3.

Matt had a plethora of interests that amassed a wide array of subjects. His teenage years consisted of skateboarding and volleyball, where he was nicknamed, “2Tall” since he was younger and taller than most of his teammates.

He also had a deep love for motorcycles that began when he was still in diapers, and was fostered by the ownership of his very first bike at age 11. He purchased his current motorcycle during the last year of his life and received a lot of joy from those rides. He offered to take friends and family on rides around the block or up the street with him, and went on a few longer cruises with friends and family. He was knowledgeable in many areas, always intrigued by complex topics of conversation and studious on anything he didn’t yet know. Matt was so cherished by his family and friends, especially his wife and three young daughters. Oh how they all treasured their dad. He made sure to spend time with each one individually and made them feel so special and loved. Matt was the ultimate big brother figure to those even outside his family. One of his many amazing qualities was his eagerness to help when someone was in need. He touched many hearts throughout his short lifetime, so the hole left behind in the hearts of all those who knew him will be impossible to fill.

Please consider donating to Matt’s GoFundMe account to help his wife, Monica, defray the costs of funeral expenses and to aid in raising their three young daughters at https://gofund.me/26d250f8.