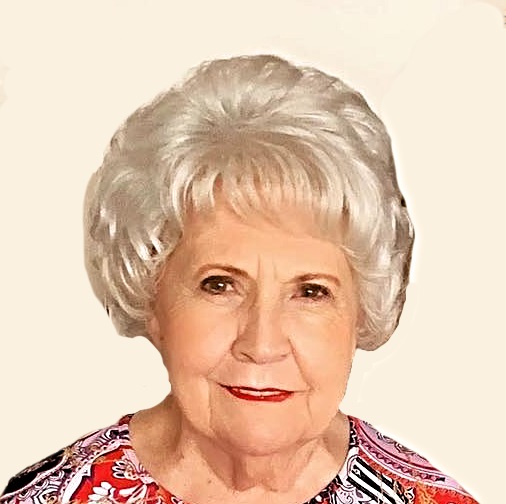 With close family members surrounding her, Mary Lynn Lewis Adams Tyrrel passed from mortality into the spirit world on Friday,10 May 2019 in Mesa, Maricopa County, Arizona.  Beloved and cherished by her family, she was held in high regard for her compassion, integrity, strength of character, and her faith in Jesus Christ.

Mary Lynn was born on Monday, 1 February 1932 to Walter Larcom Lewis and Nettie Ann Hatch Lewis in Taylor, Navajo County, Arizona.  She was the fourth of six children.  Though her family later lived for several years in Winslow and Holbrook, they returned to Taylor and she always regarded and loved Taylor as her hometown.  She attended Snowflake High School. She loved music and was a member of the Glee Club, school choir, she was also a cheer leader.. During her Senior year she met and fell in love with Leon Ray Adams.  They were married three weeks after her graduation on 14 June 1950 in Globe, Gila County, Arizona later being sealed  in the Mesa Arizona LDS Temple on 3 November 1950.  Six children  blessed  their marriage: Kerry, Dan, Del, Marolyn, Marla and Maelon.

Her family and home was her life and primary focus.  She was a wonderful mother, a meticulous housekeeper, a marvelous cook and known for her quilts, knitting, crocheting and handicrafts that she generously shared with family and friends.  She had  a remarkable memory and facility to recall names and dates, and remembered birthdays and special occasions, endearing herself to all her posterity with cards, balloons and sticks of gum. If she couldn’t sleep at night, instead of counting sheep, she would recite all the names and birthdays of her family and posterity. Her love, words of counsel and encouragement shaped several generations and blessed them with joyful memories.

Mary Lynn was a faithful, devoted member of the Church of Jesus Christ of Latter-day Saints, serving in a wide variety of positions in the Primary, Mutual, and Relief Society auxiliaries in ward and stake.   Positions included many leadership and teaching callings in Ward and Stake Relief Society.  How she loved and supported Relief Society and lived the motto, “Charity never faileth”, all her life. She was a member of the Singing Mothers.   She also loved and was actively involved in Temple ordinance work and tried to visit as many temples she could. She loved traveling and took many trips.

Though she was self-conscious of her perceived limited formal education, she was an avid reader with wide-ranging interests. She never tired of gaining knowledge. After her children married, she spent hours reading to her husband when they traveled together.  Later, she attended Mesa Community College.  She actively supported her first husband, Leon Adams, in his many business activities, and served as a corporate officer in several corporations.  She was also involved in political affairs serving as a precinct committeeman and captain for many years.  She promoted principles of freedom and liberty and was a staunch defender of the U.S. Constitution.

For the first several years of her marriage she and her husband and children traveled to various construction jobs.  They lived in a mobile home that they parked in various Arizona towns like Taylor, Globe, Casa Grande, Florence, Apache Junction and Coolidge so that they were close to the construction projects that Leon was working on..  In 1955 they located into a lovely new home in Chandler, Arizona.  In 1960, the family relocated to Apache Junction, Arizona where they finished raising their six children, and lived in the same house for 33 years.  After Leon suffered a disabling stroke in 1992, she nursed and cared for him for nearly five years, until his death on 29 March,1997. Mary Lynn then resided at various locations, alternating with family members in Arizona, Utah and Missouri.

She met and married Jerry Tyrrel in December of 2002, and they made their residence at his farm in the tiny town in Osborn, Missouri.  In 2004 she and Jerry relocated 17 miles east of Kingman, Arizona for two years working for Mineral Mountain Mining. They relocated to St. George, Utah for several years, then in February 2010 they moved to Tempe, Arizona, where they resided until Mary Lynn’s death.  Jerry and Mary Lynn had a special relationship, loving and supporting each other for over 16 years. Even with all the moves, Mary Lynn made lasting friends where ever she lived and was very active in the church and community, whether great or small.

Mary Lynn was both self-motivated and motivating, yet humble, having no idea how many people she touched with her endless love and affection. She enjoyed the beauties and refinements of life. She prevailed in her faith, even in life’s greatest challenges. She loved the restored gospel of Jesus Christ and bore a fervent testimony of the risen Lord and of the eternal plan of salvation.  She  loved unconditionally and all were welcome in her home.  She is loved and missed by so many.