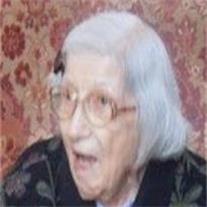 Mary Louise Jones of Mesa, Arizona, died on Thursday, October 17, one week short of her 92nd birthday. Mary Lou was a speech therapist and long-time elementary school teacher in the Mesa public schools. Born in Wooster, Ohio, in 1921, she served in the U.S. Army in World War II in England as a registered nurse. She came to Arizona in 1946 and was married to Harry (Bank) Jones in 1948; Bank predeceased her in 1985. She is survived by a son, David, and his spouse, Don; a daughter, Susan Lyon, and her husband Randy; a grandson, Joshua Lyon, and his wife, Becki; and a great-granddaughter, Anabelle. A memorial service will be held Friday, October 25, at Bunker’s Garden Chapel, 33 N. Centennial Way, Mesa, AZ, at 1 PM.