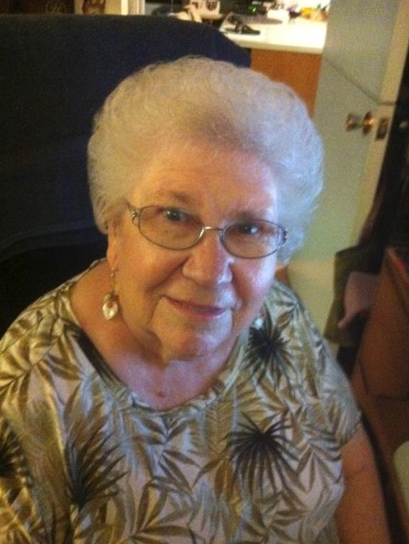 Mary Jo was born on February 07, 1935, in Joplin Missouri. She left this world peacefully on January 01, 2022, two months before her 87th birthday. She has now been reunited with the love of her life of 57 years, Alan Ramsdell, who preceded her in death in Sept. 2019.  Also preceding her in death were her dad, Preston Hutcheson Sr., Mom, Maude Hutcheson, brother Preston Hutcheson, Jr. and sister, Maebell.

Mary Jo graduated from Monterey High School, CA in 1953 and then attended Biola University, CA to become a teacher.

She met Alan Ramsdell at the First Baptist Church in Seaside, CA.  Alan was drafted into the U.S. Army and was stationed at Fort Ord near Monterey, California. They were married on June 10, 1962, at the same church where they met.  In 1964, after Alan was discharged from the Army, they moved to Mesa, AZ where they had their home built.  Mary Jo continued teaching after she moved to Mesa and taught second grade in the Mesa School District.

Mary Jo has been Membership Chair, secretary of the Board and has been the editor of the Society newsletter for the Caledonian Society of Arizona, while Alan served as president during two terms.  She also loved reading books and read several every month.  She and her husband Alan also loved music and sang in various choirs. Mary Jo & Alan never had children, but their “Kids” were dogs and cats throughout their married life. Her latest three “Kids” (cats), Lucky, Celeste and Destiny.

(Donations can be made to the Salvation Army at this same address in Mary Jo’s memory.)