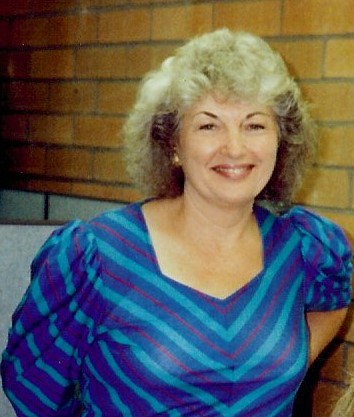 Martha was preceded in death by her husband of 58 years, William Edward Baker, Jr. (MGySgt, USMC retired), her mother and father and her elder sister. She is survived by her three sons, Mark S. Baker of San Tan Valley, Arizona, Rodney A. Baker of Gilbert, Arizona, and Glenn E. Baker of Lincoln, California, and her sister, Peggy Green of Carson City, Nevada. Additionally, she is survived by two grandsons and four great-grandchildren, and several nieces and nephews.

Occupationally, she has worked as a data entry operator for various employers, starting at a time when “punch cards” were used. She ultimately retired in 1990 from the city of Sacramento, California Crime Analysis Unit of the Police Department.

Martha loved arts and crafts as she expressed herself in painting and stained-glass art. She was a great conversationalist, especially during Bible study and other Christian related subjects. She was kind, compassionate, and loving to all her family and to all she came in contact with. She used to carry extra groceries in the trunk of her car just in case someone might need them, especially the homeless street people.

Martha held to her faith in a sacred manner. Regardless of life’s circumstances, even through the worst of times, she remained loyal to her faith in the Lord and Savior, Jesus Christ. According to Matthew’s Gospel, Jesus once told his followers, “Ye are the light of the world”. She was a shining example as the love of Jesus was evident in her life.

She is greatly loved and will be greatly missed by her family and friends.