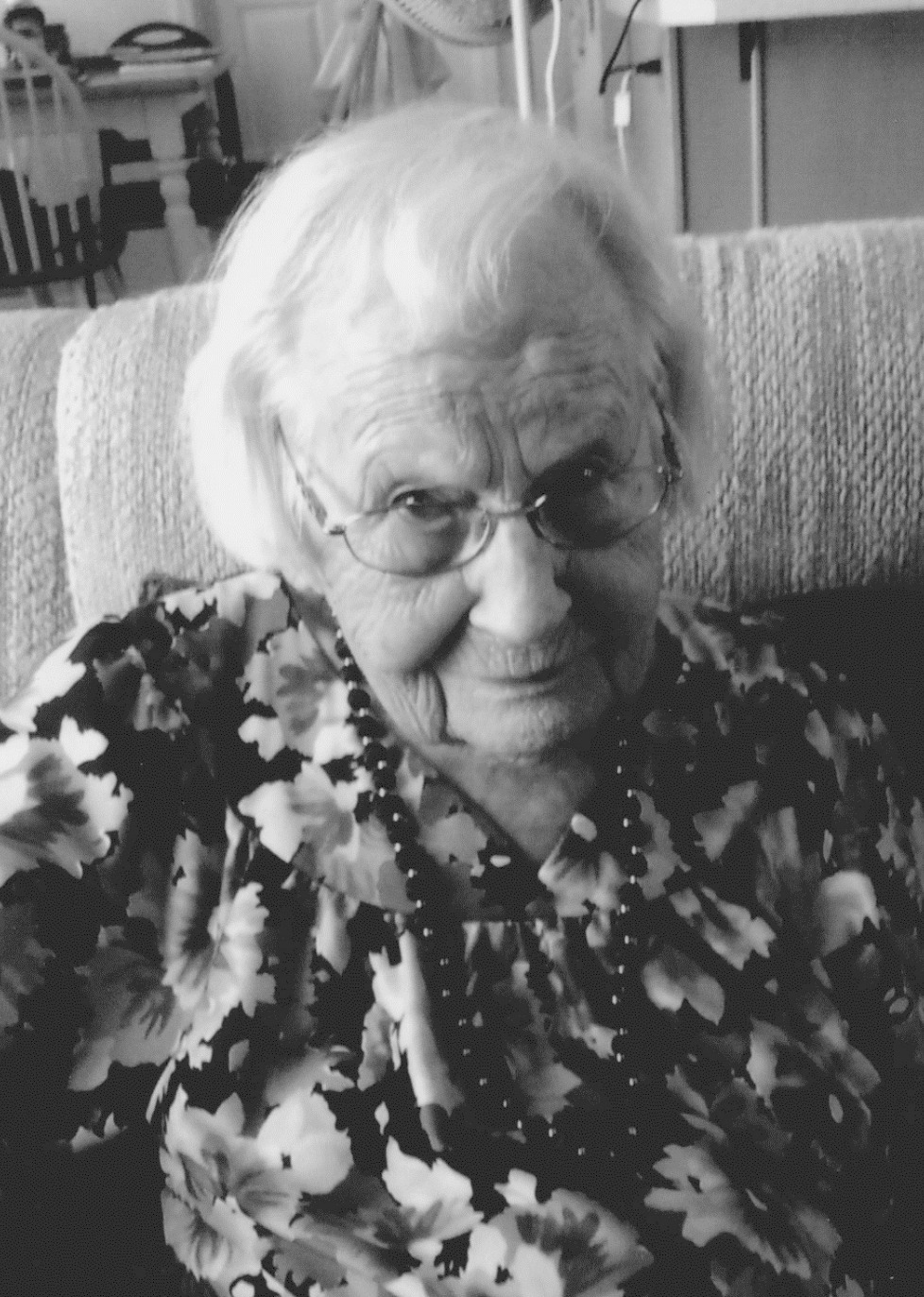 Martha Nicholson, 99, passed away April 3.  Martha was born to Gustav and Lidia (Migalski) Kleam in Traverse City, MI Oct. 2, 1916.  Growing up in Traverse City, 1 of 6 siblings, Martha would reminisce about swimming in Lake Michigan as soon as it was warm enough in the spring, picking cherries for extra money in the summer and helping her father in his tailor shop.  She married Howard Lewis in 1938.  They had two children: Mary (deceased) & Priscilla.  Howard’s work in the insurance business took the family to Lansing, MI, Peoria, IL and Des Moines, IA.  Howard passed away in 1977.  After 28 years with American Mutual Life Insurance in Des Moines, Martha retired in 1981.  In 1982 Martha married family friend Ed Nicholson.  They lived in Dubuque, IA for several years before retiring to AZ in 1994.  They had many happy years together before Ed passed away in 2011.  Martha was active in the First United Methodist Church of Des Moines, St. Luke’s United Methodist Church of Dubuque and Grace United Methodist Church in Mesa.  Martha is survived by her daughter, Priscilla Owens of Mesa, 4 grandchildren, 5 great grandchildren and 1 great great grandchild.