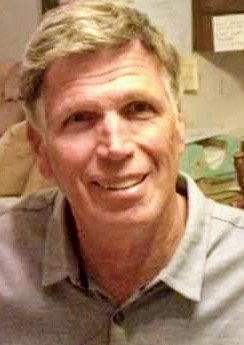 Mark Lee Carpenter was born March 30, 1956 in Mesa, Arizona, the fourth of six children of Weston and Lela Carpenter. He grew up in Mesa, attending schools there and graduating from Arizona State University with a bachelor’s degree in advertising.

As a child, Mark was friendly, cheerful, and enterprising. In grade school at Holmes Elementary, he sold Daffy Pop suckers to his classmates.  He managed to earn quite a tidy sum for himself before school officials put a stop to his booming business. They seemed to think   the other children should be spending their lunch money on “real” food.

Some of Mark’s other youthful interests included playing the clarinet, bike-riding, and doing impressive unicycle stunts with his brother and a favorite cousin. As he went into his young adult years, sports cars and dating replaced other occupations.

His penchant for speed led Mark to pursue snow skiing and professional mountain biking. He won numerous awards and trophies in the latter category, making friends with other athletes along the way. He designed, built, and landscaped a luxurious custom home in north Mesa, where he lived for several years. He also owned and managed CBK, a manufacturing company, for quite some time.

Several years ago, family members began noticing a decline in Mark’s health and mental acuity. He was eventually diagnosed with Early-Onset Alzheimer’s. For the last two years, Mark has resided with nephew Scott Lucas and his wife Stacey, along with their children Ethan and McKenzie.  After going through two divorces and living alone for a while, Mark was finally an integral part of a family situation. It was something he’d always longed for.

The Weston Carpenter family expresses deepest gratitude to Scott and Stacey for the untiring care and love given to Mark in his final years. He passed away quietly on the morning of Saturday, June 29, surrounded by loved ones. He is finally free of the suffering he endured for so long!

Mark will be greatly missed, but his kindness, humor, and generosity will live on in the hearts of those who knew him best. He is survived by his five siblings:  Sue Lucas (and Ray) of Payson, Utah; Janice Seever (and Bart) of Queen Creek, AZ; Robert Carpenter (and Renee) of Roy, Utah; Cathy Thompson (and Kelly) of Gilbert, AZ; and Russ Carpenter (and Lynn) of Scottsdale, AZ. As “the cool uncle,” Mark also leaves behind a large number of adoring nieces and nephews.

A memorial service will be held this Saturday, July 6, at 10 a.m. at the Bunker Garden Chapel, 33 N. Centennial Way in Mesa. It will be preceded by a family visiting hour from nine to 10:00. There will be no viewing.