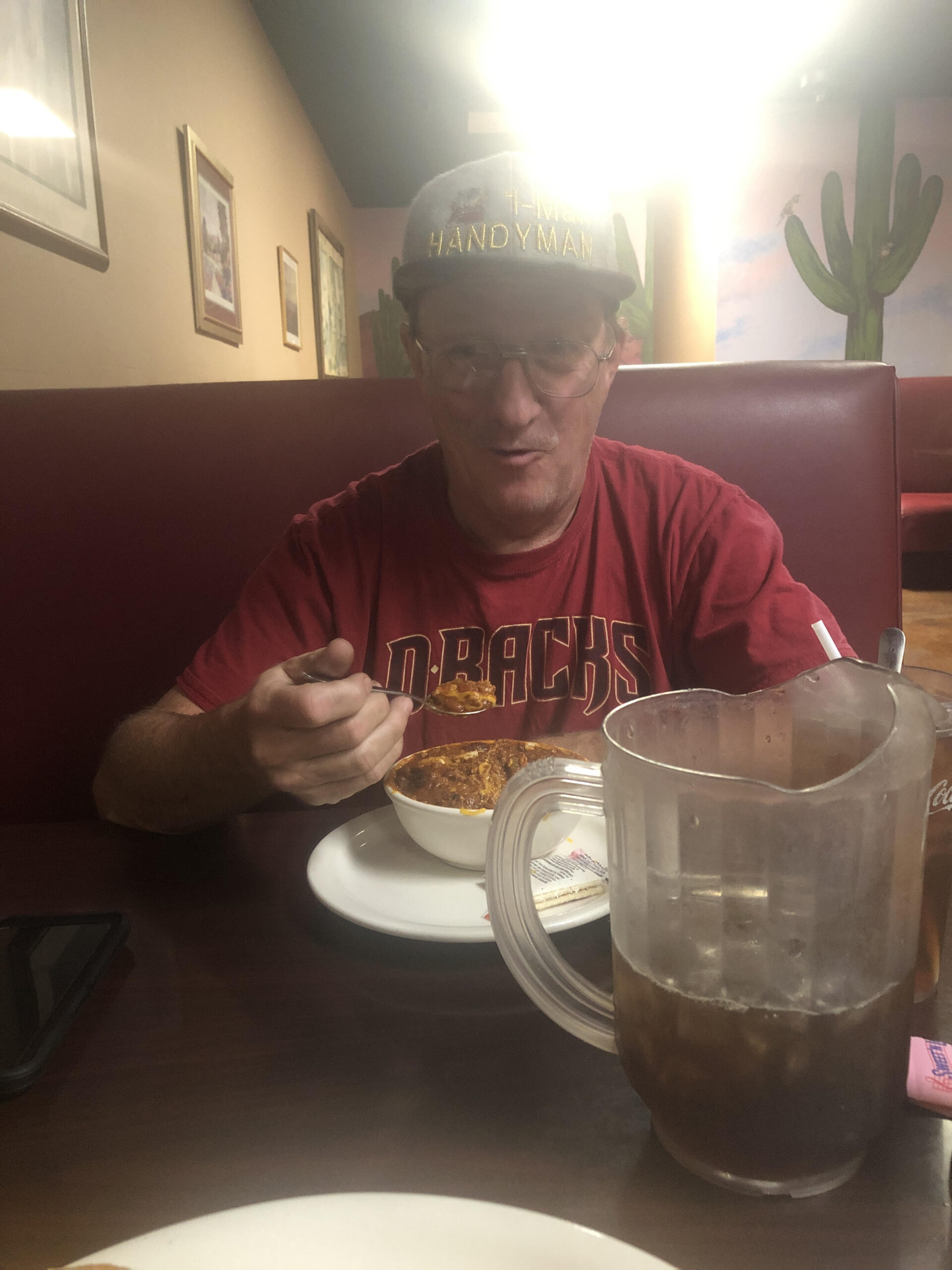 Mark Munger, 56, loving father of three, Mark Junior, Alicia, and Megan-passed away on August 17th, 2020. Mark was raised by his father Ralph, and mother Gladys, along with his 10 brothers, and 1 sister. Mark was an avid sports fan, the Buckeyes and Cowboys always his favorite teams. He was an accomplished athlete, pitching in college and achieving a 4th degree blackbelt in martial arts. On the farm, his childhood home, Mark learned of his aptitude and passion for building and rebuilding engines, as well as other mechanical things. This led to pit work at local car races, and a promising handyman business late in life. His earliest passions included drumming in an AC/DC cover band.

To care for his children, Mark held multiple jobs including cross-country truck driver, deep sea welding, electrician, concrete, construction, upholstery, and opening a handyman business-he was a remarkable man that could do it all. Mark consistently volunteered in his community, including football/baseball coaching, and umpiring. Mentoring the teens in the religious education program at his Parish, and even being elected to Grand Knight of the Knights of Columbus. His love of family, service, and hardwork impressed every person who met him. Mark’s prolific skills and famous ability for cultivating long-term relationships, his desire to always help or, “knew a guy who could” made Mark a beloved member of his community and a person who will always be sorely missed.

Mark was preceded in death by his father Ralph, and mother Gladys. Mark is survived by his partner of ten years and fiance Theresa, his son Mark Junior, his daughters, Alicia and Megan, his niece Talina, and his many brothers and cousins. Please join us in wishing farewell to a remarkable man, loving father, and a true best friend to his community; as he ascends the many steps to an easier forever in Heaven. Mark, we will never again be as blessed to know somebody as amazing as you were, and will always be.