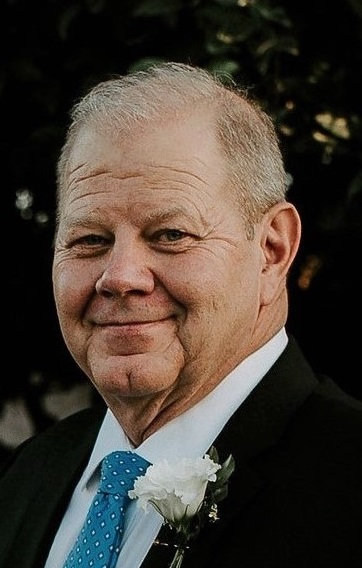 Our beloved son, brother, husband, father, and grandfather, Mark Dewey Killpack, died unexpectedly on the morning of April 19, 2019, at the much-too-young age of 60. He leaves behind a legacy of generosity and big-heartedness to all who knew him, and we are heartbroken that we did not have more time on this earth with him.

Mark was born in Logan, Utah, on December 2, 1958, the oldest of Louis and Juanita Killpack. Growing up in Tooele, Utah, he protected and lovingly teased his younger brothers and sister. He graduated in 1977 from Tooele High School where he enjoyed playing basketball and football. During his high school years served as both the regional seminary president and student body president. After serving an LDS mission in Anchorage, Alaska, he married his high school sweetheart, Bevany Ann Nelson, in the Salt Lake Temple on June 14, 1980.

After Mark graduated from the University of Utah, he and Bevany moved to Las Vegas, Nevada followed by Flower Mound, Texas. Mark established a successful career in business where he was widely known for his gregarious personality and generous nature. They eventually found their adopted home in sunny Mesa, Arizona, where they have lived for 24 years and raised their sons, Luke, Adam, and Ben. They never forgot their first home back to Utah, and they helped their sons maintain important relationships with all of the extended family.

Mark was immensely proud of his sons, becoming their biggest soccer, hockey, or fencing fan. He coached and traveled with them throughout the US for tournaments rarely missing any sporting event. Later he became their biggest fan in other ways as he watched them all finish college and enabled them to find their own paths. He truly beamed whenever he spoke about them.

He impacted the lives of many more youth as a soccer coach at Mesa Mt. View High School, making every effort to help students succeed both on and off the field. Mark touched many other lives through his church callings, but especially loved serving as a Sunday school teacher to the youth.

Mark is survived by his wife, Bevany Ann Killpack, and mother, Evelyn Juanita Killpack of Tooele, and preceded in death by his father, Louis A Killpack. He is also survived by his siblings Fred (Connie), Jeff (Kellie), and Lisa; his sons Luke (Jenna), Adam(Taylor), and Ben (Michelle); and his grandchildren, Eliza, Isaac, Mae, and Ruby.

The funeral service will be held on Monday, April 29th, at 11am at the LDS Chapel, 2220 N Harris Dr. With a viewing from 10:00-10:45am prior to the service. Mark will be interred at Mesa Cemetery. Flowers may be sent to Bunker’s Garden Chapel, 33 N Centennial Way.