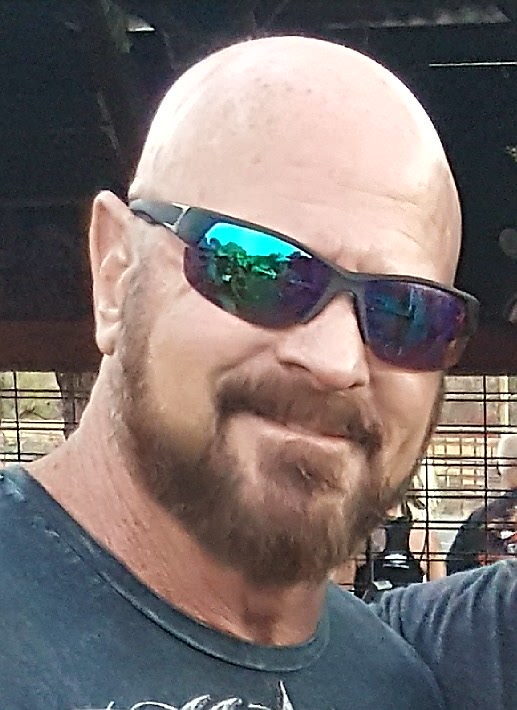 If you knew Mark McKee, I have no doubt you loved him….. but not nearly as much as I did.

“To have and to hold, for better, for worse, for richer, for poorer, in sickness and in health, to love and to cherish, until death do us part”…. well, here we are. I would ‘hold on loosely, and not let go’, but he had to leave the comfort of his home and the loving embrace of my arms on Wednesday, March 3rd, 2021.

Mark was truly the strongest, most stubborn man I’ve ever known. He used those qualities to propel him through life… they were his life force! He worked hard, played hard and loved deeply. His priority was to make sure everyone else was taken care of and secondly, to enjoy the fruits of his labor. His home, yard, pool, cars and bike were a source of pride for him and he worked just as hard on them as he did his job. He worked in the pharmaceutical industry for nearly all his adult life, and I literally cannot think of a single day that he missed work. I never met an employee who didn’t say he was the best boss they ever had or a colleague who didn’t enjoy working with him. We enjoyed many, many years of motorcycle riding (me as a passenger), at least 14 years attending Arizona Bike Week, concerts, dancing and closing down bars. He felt like a King and I was his Queen on my Motorcycle Throne (B-seat, BarcaLounger, etc). He also went on many long distance rides with his “Wild Hogs” and other friends…. a bunch of pharmaceutical  managers, doctors, firefighters and cops… you know, the usual big bad biker dudes! Mark also enjoyed cabin trips, fishing and of course, being from Hutchinson Kansas and a Kansas University graduate, his KU Jayhawks!

“Mark is survived by his loving wife and soulmate of 37 years” is how these next lines should read, but that is not nearly enough words for everyone to realize what we had, and the half of me that is now missing.

Mark also leaves behind his cherished children, whom he loved so much, and would do anything for…. his daughter Brooke Spittell (Steve), his stepson Michael Guzman (Lanna), his son Max, and his daughter Mollie. His heart broke a little more each time he thought about how much he would miss his treasured grandchildren (both present and future)…. McKenna & Brody Spittell, and Nash, Sidney, & Connor Guzman.

Mark was preceded in death by his grandparents, his father Walter Dean, his mother Donna Dee, his beloved sister Deana and our most cherished friend Diane Weiland, all of whom would be most joyful at the thought of reuniting with him.

Please donate blood whenever you have the opportunity. You never know whose life you will save…. Mark was saved many, many times because of those who did!