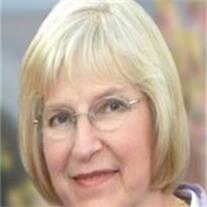 MarJean was the youngest of 10 children born to James and Rosa Fonnesbeck. She was raised on her family farm in Weston, Idaho.

When she was 6 years old her mother Rosa passed away and MarJean’s many older sisters stepped in to help raise her alongside their own children.

She spent one of her high school years living with a sister in Gunnison, Utah. It was there she met her sweetheart Paul Avery Beck. She and Paul were married in 1951.

They spent many happy years together, raised 5 children, and were very active serving in church and community. In 1967 they moved from North Logan to Bountiful, Utah.

MarJean taught her children to cook, to sew, to take care of a home and garden – but mostly how to selflessly care for a family. Paul’s parents and family were very dear to MarJean, as were her own. She saw that her children spent much time with extended family, and that love and connection continues throughout the family and generations. MarJean’s joy as a mother further expanded as she became a grandmother, even as she helped to raise grandchildren through difficult times.

In 1994 Paul was diagnosed with and eventually succumbed to cancer. His illness and death left a deep sadness in MarJean’s tender heart.

In 1996 she was introduced to recently widowed Terry Lunt from Tempe, Arizona. Following an insanely quick courtship they were married and began a new happiness together. Making their home in Arizona, they eventually moved to Gilbert. From the start, Terry proved to be a blessing in MarJean’s life, and she found joy in her Lunt family membership. The combined Beck/Lunt family has been blessed with such good grandparents and parents in MarJean and Terry.

In 1999, MarJean and Terry served an LDS mission in Istanbul, Turkey. In 2002 they served a second mission in Nauvoo, Illinois. In 2007, a third mission brought them to the Translation Division of the Church in Salt Lake City. Through their missionary service they developed many lasting friendships across the globe.

Returning to Arizona, MarJean and Terry have continued to be busily involved in the lives of their large combined family, and those of their many friends. They have often been on the road between Utah and Arizona and beyond, attending weddings and funerals.

MarJean’s health and deteriorating energy has been of some concern to her in recent years. On May 23rd she underwent an angiogram and 2 arterial stents were implanted. All appeared well until early the next morning when her heart rate plummeted and she could not be revived.

The following services will be held: