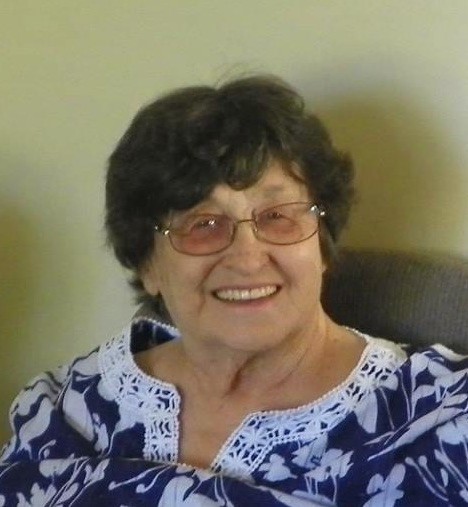 Marilyn was born in Weiser, Idaho on July 28, 1931 to Laurel John and Edith Haslam (Archibald) Anderson.  Marilyn married her husband Joseph Clair Norton in Weiser, Idaho on October 28, 1949. They were blessed with 8 children while living in Idaho and 2 more children joined the family after moving to Las Vegas, Nevada in 1964.

Marilyn was not your typical grandma. She wasn’t the sweet old lady that baked or put a band-aid on your boo-boo. She didn’t coddle us, but she did love us. She was a strong and independent woman. She was the designated driver when her friends in Vegas would drive to the beach because the rest of the ladies were too anxious about navigating an unfamiliar city. She didn’t drive like a grandma. She wasn’t afraid to climb up on a roof to fix it, even when she was pregnant. Or drive herself to the hospital when she was in labor. She would just take care of whatever needed to be done.

Marilyn was one tough lady. She enjoyed telling stories about growing up on a farm without plumbing in Oregon. She was proud of having raised ten kids. She knew the deep snow of Idaho and West Virginia and the desert heat of Phoenix and Las Vegas.

Marilyn loved her husband very much. Since he passed away nearly two decades ago, she spoke often of wanting to be with him again. It seems appropriate that our mom has been reunited with our dad on this day, Father’s Day.

Marilyn easily made friends everywhere she went and will be missed by many.

Marilyn is preceded in death by her parents Laurel John and Edith Haslam (Archibald) Anderson.