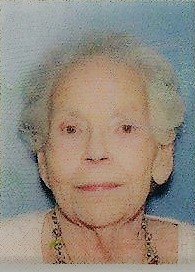 Marianne Davis Case, beloved wife and mother, peacefully passed into her Lord’s loving arms on January 11, 2018. She was preceded in death by her husband, J. Deryl Case, III, and her dear son Jamie. She is survived by her three daughters, Deborah, Sally and Jennifer, six grandchildren, and eight great-grandchildren.

Marianne was born on April 5, 1932, the only and well-loved child of Dorothy and Walter Davis. She met the love of her life, Deryl, at a party in Mexico City. After meeting Marianne, Deryl told his parents that he had just met the girl he was going to marry. They were married on June 9, 1952 and had many fulfilling and happy years together until Deryl’s death in 2012. Marianne was a very loving, funny and kind person and is sorely missed by her family.

Her memorial service will be held on Wednesday, January 24, 2018 at St Elizabeth Seton Catholic Church with interment at Holy Redeemer Catholic Cemetery.