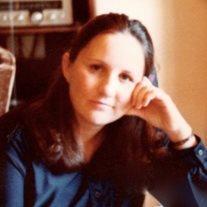 Marian Randle Romney, 71, passed away peacefully in Tempe, Arizona on July 30th, 2014. She was joyfully reunited with those who preceded her in death, including parents Allan and Sarah Randle, sisters-in-law Roseann and Margaret Randle, daughter Sandra Troop, son-in-law David Troop, and grandson Isaac Troop.

Marian was born in Salt Lake City, Utah. She often reminisced about playing on the streets of her Sugarhouse neighborhood, embarking on adventures with her siblings and friends. She had fond memories of attending East High, and participating in Pep Club and A’Capella. In 1961 she took her first job as a ward clerk at Primary Children’s Hospital, and spent the following summer as a counselor at the MIA Brighton Camp. These treasured experiences working with children would lead her to major in Education at Brigham Young University, receiving her BA. Prior to graduation she attended U of U and served an LDS mission in the Southwest British Mission from 1964-1965. She fell in love with the country and the people, and would return twice with friends to travel and collect information for genealogy work. Teaching the gospel and teaching children were her lifelong passions, and she received great joy from her work as an elementary teacher in Las Vegas and Utah.

In 1981 Marian married her best friend and love of her life, Gene, in the Salt Lake Temple. They moved to Arizona, where she fulfilled her most beloved dream of being a mother. She was a voracious reader and an adventurous camper, and encouraged those same loves in her children. She would later tutor students from home before returning to teach at Fees Middle School, and finally retired from McKemy Middle School as a reading specialist. Marian served faithfully and joyfully in various responsibilities in her LDS congregations, including Young Women’s President and Relief Society President. She served with her husband in the Maryland, Baltimore from 2008-2009. Marian spent her life serving, teaching, and loving, and was constantly looking for someone to welcome with open arms.