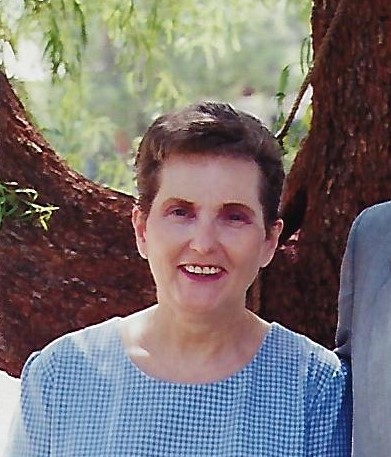 Mariam Hekking passed away peacefully on May 13, 2020 in Mason, Ohio.  She was 87 years old. Mariam was born Mariam Joyce Kirby in Idaho Falls, ID on March 12, 1933. She along with her brother and sister, was raised by her young widowed mother Mildred Jane Kirby in Portland, Oregon. After graduating high school, she moved to Salt Lake City, Utah to be near extended family members and start a career. She utilized her strong organizational skills to become a successful legal secretary. She soon met and married her husband, Adrian Hekking and they began their life together which included living across the United States as well as living abroad in Germany and Morocco. During their lifetime, Mariam and Adrian raised four boys. For many months on end, Mariam embraced the task of managing their family while Adrian was required to fulfill his assignments abroad as a US Army Officer. Upon Adrian’s retirement from the military, they settled with their family in Arizona where Mariam resumed her career as a legal secretary until her retirement at Stanfield, McCarville, Coxon, Cole and Fitzgibbons in Casa Grande, AZ. In addition, Mariam was a faithful member of the Church of Jesus Christ of Latter-day Saints. She served in many areas of her church community culminating in a mission with her husband in Guatemala. In addition to being dedicated to her family, Mariam’s interests included travel, reading, sewing, genealogy including a focus on her Mormon pioneer ancestry and in her later years enjoyed going on daily rides with her grandchildren. Mariam follows in death her husband, Adrian of 62 years as well as her son, David. She leaves behind:  a brother Kerm Kirby and sister Carolyn (Kirby) Johnson of Portland, Oregon as well as a daughter in law, three sons and 15 grandchildren: Greg and his two sons Seth and Zane of Chandler, AZ; Martha Hekking (spouse of David) and their three sons; Alex, Richard, and David of El Paso, TX; Michael (Sandy) and their four children; Adrian, Austin, Alexandra, and Aaron of New Paltz, NY; Neil (Clarisse) and their six children; Joseph, Zachary, Julia, Eleanor, Elizabeth and Ephraim of Mason, OH.

A family graveside service will be held on May 22nd at the Mesa City Cemetery in Mesa, Arizona.