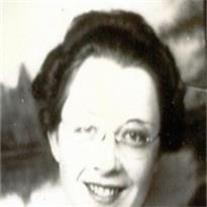 Brenner, Margaret L. Perry (Peterson) Born October 7, 1918. Died September 10, 2013. Margaret was born in Warsaw, IN and moved to Tucson, AZ at the age 18 where she was employed as a nurse to care for a patient in need of a dry climate. She later moved to Mesa where she met and married into an Arizona pioneer family. Margaret, along with her husband, owned and operated George L. Peterson Water Well Drilling and together put down most of the water wells in the valley, some of which are Mesa Country Club, Rendezvous swimming pool, Buckhorn Mineral Baths and many others which are still producing water today. In her later years she married Harold F. Brenner and together they provided service to family, friends and church, both serving in the Mesa Arizona Temple for many years. Margaret was preceded in death by her husband Harold, daughter Jeanne (Peterson) Rhoden, son Paul Peterson and granddaughter Margaret Lindsey Bergeson. She is survived by her son Peter L. Peterson, daughter Linda (Peterson) Bergeson, 14 grandchildren, 45 great-grandchildren and 2 great-great-grandchildren. A viewing will take place Friday, Sept. 13, 2013 from 6-8 PM at Bunker’s Garden Chapel, 33 N. Centennial Way, Mesa. Funeral services are Saturday, Sept. 14, 2013 at 9 AM, preceded by a visitation at 8 AM, also at Bunker’s Garden Chapel.