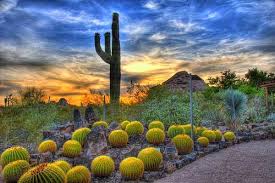 Margaret Henning (O’Brien), 71 passed away peacefully on February 10, 2016 in Mesa, Arizona.  Margaret was born to Clinton and Edna O’Brien on February 23, 1944 in Chicago, Illinois.  Margaret is survived by her beloved husband: Raymond; her brother: Patrick.  Margaret will be joining her sisters: Joanne, Rose and Sue; her brothers: John and Eugene; and her son: Howard.  As a testament to her loving nature as a mother; Margaret is survived by her four ever-caring children: Mike (Patty), Rachel (Steve, late), Paul (Marcy), and Eileen (Ruben).  With a seemingly endless amount of love to give, Margaret is also survived by thirteen grandchildren and twenty great-grandchildren.  Funeral Services will begin at 3:00 pm, preceded by visitation from 1:00 – 3:00 pm, Tuesday, February 16, 2016 at Bunker’s University Chapel, 3529 E. University Dr. in Mesa.  As in life she was surrounded by angel figurines in her home, so too in death shall she be comforted by the angels in Heaven.