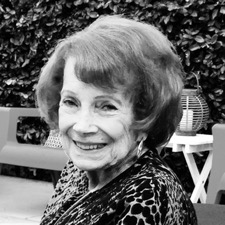 Margaret Eldeen (Porter) Rodgers, 87, passed away peacefully at the Quail Park Senior Living community in Gilbert, Arizona on May 2, 2019. Marge leaves behind 2 Children, 8 grandchildren, and 18 great-grandkids.

She with her late husband Harry moved to Arizona from Simi Valley, California around 33 years ago, where they were active members of the Fountain of the Sun retirement community in Mesa, until Harry’s passing in 2014.

During their time there they organized and personally lead numerous wonderful trips domestically and around the world for their friends and neighbors in FOS. They were also known for their famous Christmas Parties.

After her Husband Harry passed, Marge stayed in FOS for a year, before moving to Brookdale Springs, then Cooper Creek, Emerald Grove (after a surgery) and finally into Quail Park Senior Living in Gilbert, which she loved and spent her final days.

While raising their kids Marge and Harry were avid campers, boaters and off-road motorcycle enthusiast. After their kids grew, they gave up two wheels for off-road dune buggies, then spent years traveling in their motorhomes seeing the country.

Marge was born on December 2, 1931 in Los Angeles, California. She was the oldest of 3 children.  She lived in the San Fernando Valley north of Los Angeles until she married her first husband Mark Depew. They had 4 children, but lost 2 sons at a young age. Mark passed away in 1962, and she married Harry in 1963, who was a friend that both she and Mark knew well.

She is survived by her son David Rodgers and daughter Linda Mascari, who both now live locally here in Arizona.

Marge lived a full and happy life, with a very caring, understanding personality who always had something sweet and valuable to say. She could also put a smile on anyone’s face.