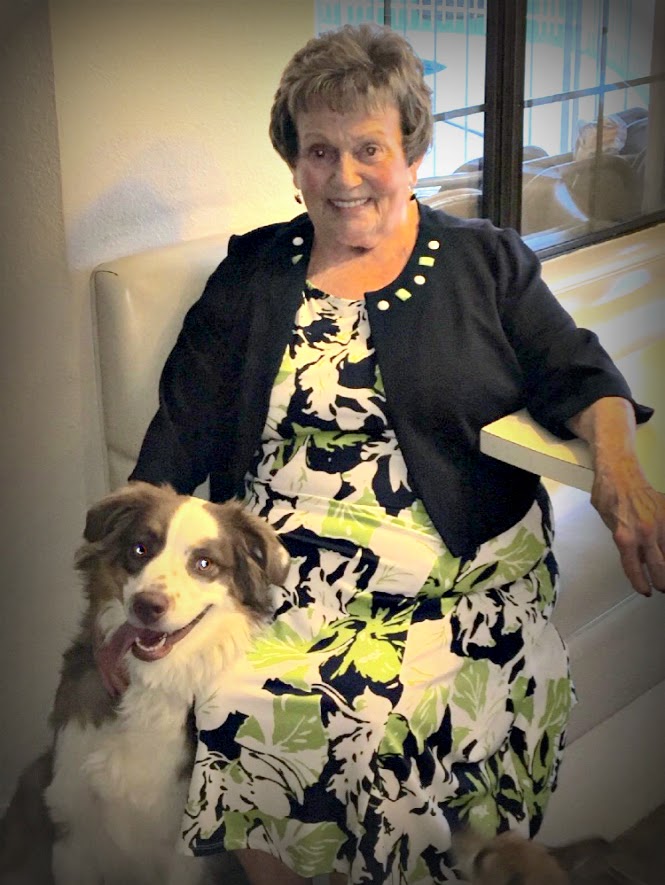 LyNelle and Glenn Jackson were married in Mesa, Arizona on June 4, 1955 and were later sealed in the Mesa Arizona Temple. They raised three children together; Debra (Charles Sherman), Terrie (Robert Heywood), and Fred (Richard DiNorcia). LyNelle was fondly known as “Grandma” to all of the neighborhood children. They all loved her and she loved all of them too!

LyNelle worked for many years at Wright’s Market in the Meat Department alongside her husband, Glenn, her father, Bill Wright, and her brother, Billy Wright. She had four siblings: Susan (Robert Woolsey), Marilyn (Lynn Whiting), William L. (Deceased), and Ginger (Anthony Allen).

LyNelle was an active member of The Church of Jesus Christ of Latter-day Saints and was regularly attending the Aspen Ward. She bore fervent testimony of Jesus Christ and His atoning sacrifice, which she often expressed and lovingly taught to her children and grandchildren. She had five grandchildren: Zachary Blair (Audrey), Garrett Blair (Coco), Chelsea Blair, Kaylee Sherman, and Kara Sherman. She also had one great-grandchild, Liam Blair, of which she was so proud.