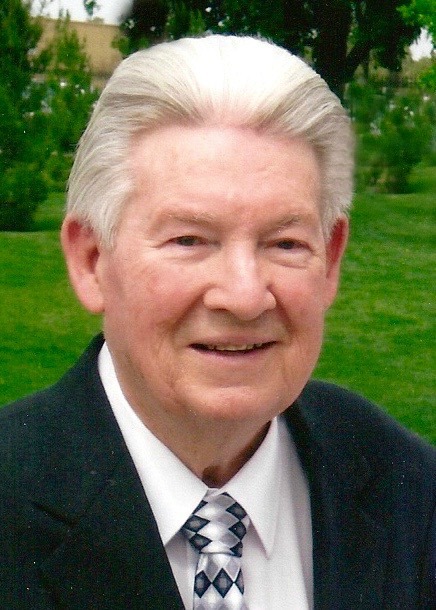 Family, church & community service were his life’s center. He was an active member of The Church of Jesus Christ of Latter-day Saints Maplewood Ward, but spent most of his adult life as a member of the Mesa 4th Ward, where he served as Bishop. A WWII Army Veteran, who fought in Battle of the Bulge, he returned and served an LDS mission in the North Central States. He practiced accounting, taught school and then practiced law for over 50 years. He was active in civic affairs: Mesa City Council (Vice Mayor); Optimist Club (International Vice President); Little League (Coach); Boy/Explorer Scouts and published poetry books and music. He was optimistic, gentle, kind and accepting of all people and was the biggest fan of his grandchildren’s athletic, music and other events. In his later years, he was eternally grateful for the love and service rendered by so many.

Funeral services will be Saturday August 6th at the LDS Chapel 3301 S. Greenfield Rd, (next to Gilbert Arizona Temple) at 10 AM. Viewing Friday August 5th from 6-8 PM at Bunker’s Garden Chapel, 33 N. Centennial Way, Mesa and Saturday 9 AM prior to the funeral in Gilbert.