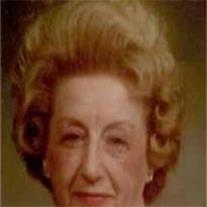 And was the daughter of William and Helen Buss.

Lucille married Marvin Hehman on August 2, 1942, they were married for 49 years.

She was the proud owner of the Cinderella Beauty Salon in Bloomington, IL for many years.

She is survived by daughters Dianna Summers and Marva Gail Downen , five