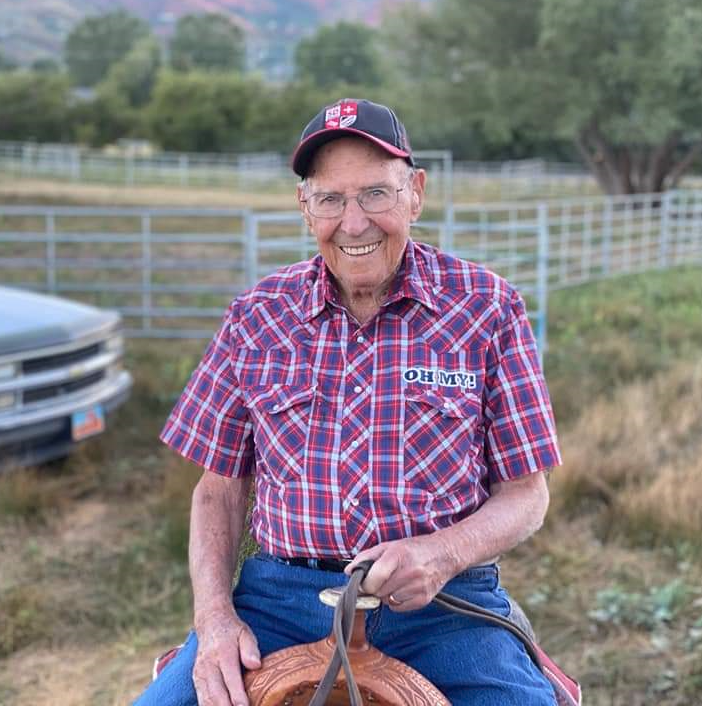 Loyd Gayle Gilbert age 92 passed away at his home on November 18, 2021 in Gilbert Arizona.  He was born January 4, 1929  in Olney, Texas to Leslie Lynn Gilbert and Flossie L. Presnall.  Loyd grew up in Mineral Wells, Texas and graduated from Mineral Wells High in 1946. Loyd joined the Army and was sent to Korea in January, 1951 and served as a communication specialist.  He returned from the war on Christmas day 1951.  In July he left Texas and went to Wyoming for the dream of working on a ranch.  He then worked on the railroad and Telephone Company.  He met Marilyn Sawyer on December 31, 1953 and they were married a year later on December 31,1954 in Lovell, Wyoming.  Loyd worked throughout Wyoming and 4 children were born during this time. He then moved the family to New Mexico to work for an independent telephone company.  It was in Silver City , New Mexico  that the missionaries baptized Loyd, a member of The Church of Jesus Christ of Latter-day Saints and a year later he took his family to be sealed for Time & All Eternity in the Mesa, Arizona Temple. In December of 1963 Loyd started a new job for Southwestern Bell Telephone Company where the family lived in Weatherford, Eastland and finally in MIneral Wells, Texas.  Loyd retired from the phone company as an Engineer in November 1986.  Retirement years were fun as Loyd got his dream of living & working on the T-anchor ranch in Arizona, serving a mission for the Church of Jesus Christ of Latterday Saints to the Oklahoma City Mission. After their mission Loyd and Marilyn built a house in 1996 and moved to Gilbert Arizona where he resided until his death. Loyd is survived by his children, Gayle (Roy) Weatherston, Rosalyn Gilbert, Leslie Loyd Gilbert, & Lisa Gilbert,11 grandchildren & 18 great grandchildren.

At Loyd’s request only a graveside service will be held with full Military Honors on December 7 at the National Memorial Cemetery of Arizona.