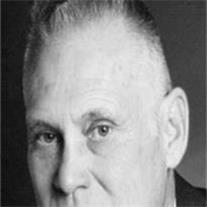 Leslie Howard Wills was born to Loyd and Pearl Wills on October 1st, 1930 in Seminole, Oklahoma and entered eternal life on June 2, 2009. Les moved to Arizona in 1950 while in the United States Air Force, stationed at Williams Air Force Base. He married the love of his life, Dortha Nell Garner in 1951. Les was honorably discharged in 1953 and began a long and rich career at AiResearch, Garrett, AlliedSignal in 1954. He made life-long friends during his 37 year career. He lived by the rule “treat people like you want to be treated