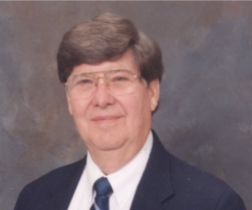 Exactly 8 months after the passing of our mother, LeRoy Franklin Peel joined his beloved sweetheart on the other side of the veil. He slipped away peacefully on Tuesday, December 28, 2021. Funeral services will be held Saturday, January 8th at 10:00 A.M. at the Boulder Creek Stake Center of the Church of Jesus Christ of Latter-day Saints, located at 3025 S. Hawes Rd., Mesa, Arizona. A viewing will be held for family and friends at 9:00 A.M., prior to the services. A full obituary may be viewed online, at www.bunkerfuneral.com.

LeRoy was born and raised on a small dairy farm in the valley, graduating from Mesa High School in 1949. After graduation he was called to the Massachusetts New England Mission where he served for 2 years. He later attended Brigham Young University, where he received his MS degree in microbiology. After working for 10 years for the Public Health Service at a research laboratory in Hamilton, MT, he decided to attend the Kansas City College of Osteopathic Medicine, receiving his D.O. degree in 1974. Returning to his hometown of Mesa, AZ, he practiced family medicine for the next couple of decades. Before retiring, he became a physician for the Federal Bureau of Prisons, located in Sheridan, OR, where he practiced for approximately 6 years.

LeRoy met LaRae Werner and they were married in the Mesa Arizona temple of the Church of Jesus Christ of Latter-day Saints and sealed as husband and wife for all eternity. After raising 5 children and serving in various callings in their church, LeRoy and LaRae became missionary companions, serving in Kathmandu, Nepal and Manila, Phillipines, where he was the chief medical officer for missionaries serving in all 13 missions in that area. The Peels then returned to Mesa, where they have resided for the past 18 years.