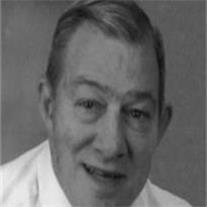 DeGroff, Leon (Lee) passed peacefully into eternal life at home in Mesa Monday evening, March 29th after a valiant 11 year struggle with several serious health problems. He continued to have fun right to the last hour with friends and family. Lee spent 4 years in the Navy and while in his third year of service married his sweetheart, Helen Jensen in 1957 and had 52 good years with her. Lee was born in Kearney, New Jersey in 1937 and continued to live in other locations in New Jersey until 1972 when he moved the family to Arizona for a better place to bring up his boys: Kreg Robert, Kenneth Christian, Keith Edward (predeceased) and Kyle Lon. Lee started 3 successful businesses in his lifetime, comprising a fleet of Jumbo Ice Cream trucks, Task Masters Landscaping, and Arizona Train Depot. Ever since childhood Lee has been fascinated with model trains and even founded his own train club called ABTO (Arizona Big Train Operators). Lee was also a fan of the Diamondbacks, Sun Devil football and the New York Yankees. He was a Little League coach for his son’s teams and enjoyed watching them progress. Lee and his wife loved to travel and their favorite place to visit was The Grand Hotel on Mackinaw Island in Michigan. They also loved their home in Strawberry, Arizona until his health prevented him from traveling to higher elevations. He loved being with his wife, sons and their children and was devoted to his family. Lee made friends everywhere he went and was a dedicated member of the Church of Jesus Christ of Latter-day Saints and a faithful home teacher. He leaves his wife Helen, his sons, 16 grandchildren, 2 great-grandchildren, his sisters Doreane and Denise and a brother Edward. Visitation is Monday, April 5, from 6-8 PM at Bunker’s Garden Chapel, 33 N. Centennial Way in Mesa. Tuesday, April 6 visitation will be from 9–9:45 AM followed by funeral services at 10 AM at the LDS chapel at 1455 N. Harris in Mesa. Burial will follow at the City of Mesa Cemetery. In lieu of flowers, donations can be made in honor of Lee to Hospice of the Valley.