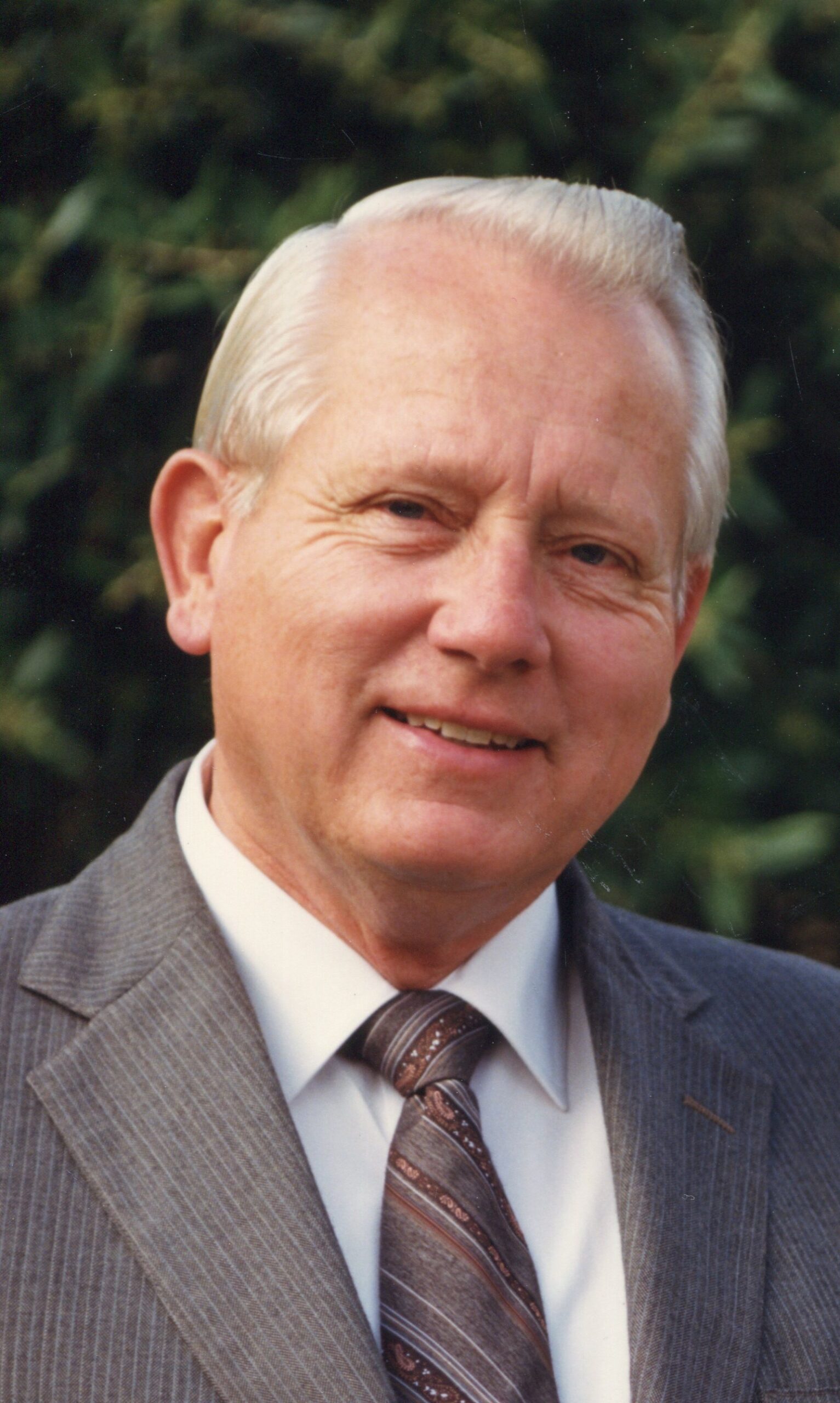 Leo Rae Huish, 93, passed away peacefully on February 14, 2021 in Mesa, Arizona. Rae was born in Douglas, Arizona on April 5, 1927, one of nine children, to Leo Nephi Huish and Beulah Haynie Huish.

Rae grew up on the border in the town of Douglas, Arizona. He had fond memories of his youth and time spent with his siblings and many cousins that lived in the area. He learned to work hard and became an Eagle Scout at the age of 16. He graduated from Douglas High School where he was a very good student.

After graduation, he was drafted into the U.S. Army during WWII and served as a Corporal and an Assistant Chaplain. Upon returning home from the war, he was called to serve in the Eastern States Mission for The Church of Jesus Christ of Latter-day Saints. While on his mission, he was a member of the Utah Centennial Chorus that sang on broadcast radio and in various programs throughout the Northeast.

After his missionary service, Rae met his sweetheart, Norma Murrie Berardi, in Mesa, Arizona. They were married on March 17, 1950 in the Mesa Arizona Temple. In 1952, Rae graduated from the University of Denver and received a BS in Business Administration with a minor in Building Industry and Real Estate. It was later that year that he established “Huish Construction Company” and spent his career building beautiful custom homes, commercial buildings and churches. His reputation of integrity and quality work was recognized throughout the valley. Rae’s work became his hobby as he and Norma built and remodeled many family homes throughout their lifetime.

Rae loved to read and would spend his early morning hours studying the scriptures. He was a witness of his Savior, Jesus Christ, and devoted his life to Him.  This was evident by his faithful service and leadership in many bishoprics, stake presidencies, as a Regional Representative to the Quorum of the Twelve, and as a temple sealer for 30 years. He lived an honorable and distinguished life and left a legacy of hard work, integrity, devotion to his Savior, and abiding love of his family.

A viewing will be held on Thursday, February 25, from 6:00-8:00pm at Bunker’s Garden Chapel, 33 N. Centennial Way, Mesa. Funeral services will be held on Friday, February 26, at 10:00am, preceded by a viewing from 9:00-9:45am at the Mesa Central Stake Center, 925 N. Harris, Mesa. Those who would like to participate remotely may use the following link:
http://mywebcast.churchofjesuschrist.org/Events/mesaarizonacentralstake