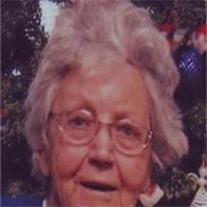 Lenore (Starling) Dillon, age 78, peacefully passed away on Sunday, September 30, 2012 in Chandler, Arizona. She was born in Gila Bend to Leonard and Violet Starling in 1934. She resided for many years in Miami, Arizona where she raised her children and worked as a Distributor for Vivian Woodard Cosmetics and census taker for the Federal Census Bureau. She later returned to school and earned a Degree as a Registered Nurse. Lenore finished raising her children in Tempe, AZ and was preceded in death by her father, husband and sister. Lenore is survived by her four children Randy, Rebecca, Danny and Arlo, her mother Violet, her niece Cheryl, five grandchildren and four great grandchildren. She will be remembered often and missed dearly. Arrangements by Bunker’s Garden Chapel, www.bunkercares.com.