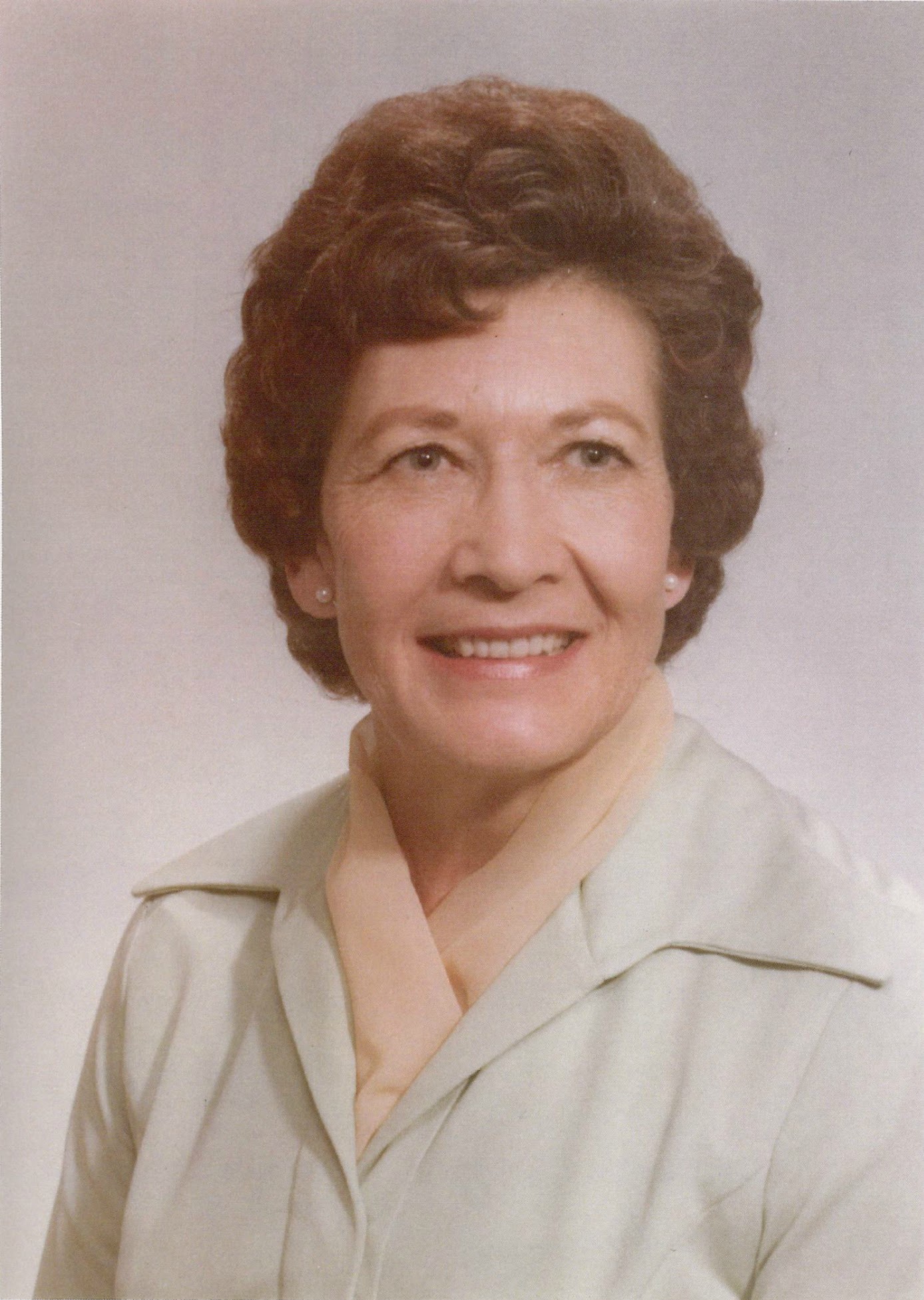 Our beloved mother, sister, aunt, grandmother, great-grandmother, and great-great-grandmother, LaVon “Bonnie” Ashcroft Jackson, left this earthly home on January 1, 2019 for a better one. She was born on September 5, 1917 in Ramah, New Mexico to Paris Ira Ashcroft and Rachel Butler. She was raised in a wonderful, loving home, having been taught the principles of the Gospel of Jesus Christ.

She attended school in Eagar, Arizona, and graduated high school as Valedictorian. When an opportunity came for her to attend Beauty College in Los Angeles, California, she was blessed to live with her sister and brother-in-law, Maurine and Pearl White. After her graduation, she returned to Eagar, AZ, where she began dating Frank Leslie Jackson. They were married and sealed in the Salt Lake City, Utah Temple of The Church of Jesus Christ of Latter-day Saints.

Les was with the U.S. Forest Service, stationed in Springerville, AZ. Being a Reserve Officer in the Army Air Corps, Les was called to serve in WWII. By this time, Les and had two daughters and a third one on the way. LaVon’s sister, Fern Merrill, was also left with two daughters while her husband was also serving in WWII. So, the two sisters stayed with each other with their now, five little blonde daughters.

Les, as a Major, was released from serving when WWII ended. They lived in Utah for a short while, then moved to New Mexico, and then to Arizona, having been transferred a lot since Les was again working for the Forest Service. He and our dear mother served together faithfully in many positions in The Church of Jesus Christ of Latter-day Saints wherever they lived.

On December 17, 1969, Les lost his life in an unfortunate accident near Payson, AZ, as he was working for the Forest Service. This left our mother, LaVon, a widow for a number of years. Our two brothers, Norman and Karl, were still in school. She was able to work in the Mesa, AZ temple and served a mission for the Church in Pennsylvania.

After many years, LaVon was blessed to meet another fine man, LaMont Potter, and they were married until he passed away in 2002. They had also served faithfully together in many callings, which included a mission for the Church to the Houston East Texas Mission, as well as working in the Family History Center in Mesa, AZ.

LaVon loved attending the temple faithfully; meeting with her two brothers, a sister, and a sister-in-law each week to enjoy Mexican food and play Triple Yahtzee. She was well known for sending birthday cards and notes to everyone with her heartfelt love for their birthday, and if you were lucky, some money! When new babies were born in the family, she made baby blankets and crocheted around the edges. She was a marvelous cook and no one ever went hungry in her home! She taught the Old Testament in the first Church Seminary in Douglas, AZ. Attending the Daughters of the Utah Pioneers was an event LaVon looked forward to each month. Reading all the Scriptures and many other good books was one of her passions.

LaVon was always so grateful for her marvelous posterity and loved each one. Her parents taught her to love one another and to “always say good things about each other.” She is survived by three daughters, Charlotte (Archdeacon), Donna Kaye (Larkin), and Rachel Elaine (Beech); two sons, Norman and Karl Jackson; her brothers, Henry, Ronald, and Rulon Ashcroft; two sisters, Fern (Ashcroft) Merrill and Mary (Ashcroft) Crosby; 23 grandchildren; 80 great-grandchildren; and 8 great-great-grandchildren.