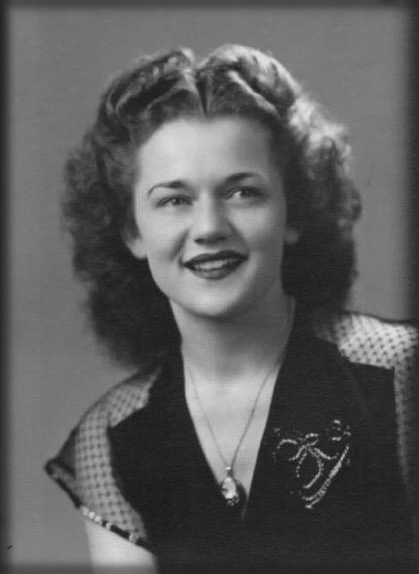 Our beautiful angel mother, LaRue Morgan Prince, peacefully passed away in her home (Mesa, AZ) on Monday, September 6, 2021.  LaRue was born on Sims Ranch in Shoshone, Idaho, June 20, 1928, to Evera and Zora Nebeker Morgan. At the age of four her family moved to Kimberly, Idaho. LaRue loved living on the farm and spent hours in the fields working alongside her father. She participated in sports and was on the high school women’s basketball team.

In the summer, after her high school graduation, LaRue decided to take a break from the potato fields and visit her older sister Yvonne and husband Jack who lived in Salt Lake City, Utah.  LaRue was introduced to Jack’s younger brother George and even though she swore she would never marry a city slicker, three months later, on October 25, 1946, George and LaRue were married in the Salt Lake Temple by Elder Harold B. Lee.

LaRue and George were blessed with nine children, five girls and four boys. The two youngest were twins, Robert, and William. William lived for only 17 days. In 1967 George and LaRue moved to Arizona where she lived for the remainder of her life…in the city!

LaRue was a faithful member of the Church of Jesus Christ of Latter-Day Saints and served in a variety of callings. George and LaRue served together in the Mesa Arizona Temple for 21 years and also served two full time missions: Prince Edward Island, Canada and the Denver, Colorado Temple.

LaRue was one of the kindest souls to ever grace this earth.  She was an elect lady with a pure heart.  George and LaRue’s legacy are their great and eternal love for each other and their numerous posterity.

George and LaRue will be buried together alongside their infant son William Harvey Prince at the Holladay Memorial Cemetery, 4900 S Memory Lane, Holladay, UT 84117