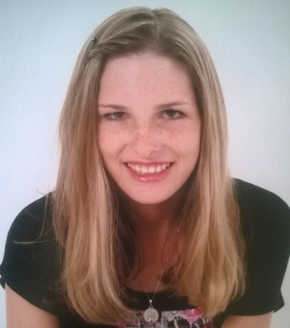 Kylie Anne Cox, our beloved daughter, sister, granddaughter, auntie, niece, cousin and friend went home to be with Heavenly Father on December 7th, 2014; a beautiful Sunday afternoon.  Kylie was born on June 4th, 1993 in Mesa, AZ. When she was just 4 years old Kylie began to suffer from seizures and as a result, would battle many hardships throughout her life. Though Kylie’s life was filled with physical adversity, her spirit remained strong and she became a shining example to all who would come to know her. Kylie’s life was filled with love and happiness and at just the tender age of 21, she touched more lives than most touch throughout their entire lifetime. Though Kylie loved to sing and dance, her favorite thing to do was to give heartfelt hugs to everyone she knew. We would often say that nobody has experienced a hug until they have had a Kylie hug. Kylie’s life, though short, was lived to the fullest and she has been the inspiration behind many miracles during the course of 21 years. To know Kylie was to love Kylie and perhaps the greatest miracle of all was the change that Kylie had upon our hearts. In life and in death, we remember her example and have become more loving and more forgiving, moving ever closer to becoming like our Savior Jesus Christ.  May we all remember her love, a love that can only be described as the pure love of Christ.

We would like to express our heartfelt love and appreciation to all of the wonderful nurses at the Scottsdale Osborn ICU who took care of Kylie during her final days. We would also like to express our sincere gratitude to Kylie’s neurologists Dr. Troester and Dr. Kerrigan for the many years of support they have given to Kylie and our family. Finally, we would like to say thank you to all of Kylie’s amazing friends and teachers who have supported her throughout her life. We love all of you and we will forever be grateful for the love you gave to our beautiful Kylie.

We would like to invite everyone to share with our family as we pay our respects to Kylie and celebrate her amazing life. For all those who would like to attend, viewing and funeral services for Kylie are as follows. Friday, December 12th from 6:00pm to 8:00pm there will be a viewing at Bunker’s Garden Chapel located at: 33 N. Centennial Way, Mesa, AZ 85201 Saturday, December 13th from 9:30am to 10:45am there will be a viewing followed by 11:00am funeral services. Both will be held at the Hermosa Vista LDS Stake Center located at: 2701 East Lehi Rd. Mesa, AZ 85213 Following the funeral services, Kylie will be laid to rest at the Mountain View Cemetery located at: 7900 East Main St. Mesa, AZ 85207