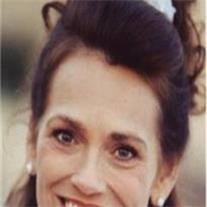 Kristi Sherwood Crum passed away, Tuesday, February 23, 2010 after a year-long battle with cancer.

Kristi Rowley was born January 19, 1955 in Mesa, Arizona to Arden and Ruth Rowley. She graduated from Mesa High School in 1973. Kristi married Phil Sherwood in February 1975 and together they raised 4 children. Kristi and Phil were married for 27 years and in 2003 she lost her husband, Phil to lung cancer.

Kristi was married to Richard Crum in December 2004 and together they blended a family of 10 children and 25 grandchildren.

Kristi is survived by her parents, Arden and Ruth Rowley; her husband, Richard Crum; sons Justin (Amy), Travis (Lacey), and Clayton; and her daughters Hillary (Brian), Afton and McKenzie (Christian).