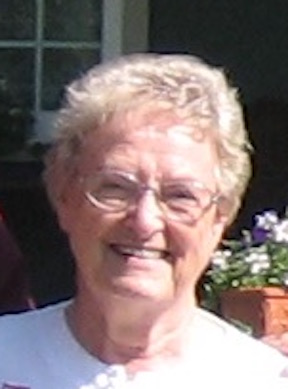 Kirma Snow Larsen, 88, passed away June 28, 2017 at the Caring Heart Terrace Assisted Living Facility. She was born August 9, 1928 in Brigham City, Utah to Robert Knox and Mildred Michaelis Snow. She graduated from Box Elder High School in 1946. On July 2, 1947, Kirma married Raymond Larsen in the LDS Logan Temple. They made their home in Garfield and Magna, Utah until 1968 when they moved to Tempe, Arizona, followed by moves to Sahuarita, Arizona, and later Mesa, Arizona.

Kirma was a member of the Church of Jesus Christ of Latter-day Saints and served in many ward and stake callings. She particularly loved serving in the Mesa Temple and Family History Center. She and Raymond served together in the West Indies Mission and touched many lives there. Her greatest joy was in spending time with her family. She loved to paint, quilt and research genealogy.

Kirma is survived by her husband, Raymond; her children, David (Marge) of Hinckley, UT, Michael (Annette) of Oregon City, OR, Judy (Stewart) Adams of Mesa, AZ, Karen (Jack) Huish of Taylorsville, UT, Gail (Mark) Snow of Gilbert, AZ, Barbara (Neal) Jones of Mesa, AZ, and Alan (Alina) of Tucson, Arizona; 24 grandchildren and numerous great-grandchildren. She is also survived by her brother, Max (Linda) of Hyrum, UT, and her sister, Colleen (Bernie) Mortensen, of St. George, UT. She was preceded in death by her parents, several siblings and one grandson.