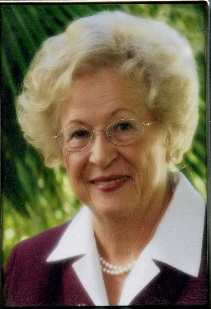 Gay Kleinman Killian, 89, of Mesa Arizona and beloved wife of C. Max Killian was born Sunday July 11, 1926 in Lehi Utah, died on Sunday July 26th 2015 in Mesa Arizona. She was the daughter of Ray and Leath Kleinman of Phoenix, Arizona. She is survived by her husband of 66 years C. Max Killian of Mesa, son’s Mark Killian (Nancy), David Killian (Carol) both of Mesa. She has 12 grandchildren and 24 great grandchildren. A sister Barbara Pettit of Utah and Sister in law Josey Kleinman wife of Lynn (deceased) brother of Gay’s living in Utah.

Gay attended school in Phoenix and in Los Angeles and graduated from Dorsey High School in 1944. She also attended Pepperdine University and B.Y.U, after which she transferred to Arizona State College (ASU) and graduated in 1951 in Home Economics. To earn money for College she was employed as a secretary for the head of the engineering department of the Bell Telephone Company.

Gay was a lifelong member of the LDS church and served in many leadership positions. Gay was also known for the service she rendered to the people she knew and associated with at church and in the community. She was a member of the Mesa Desert Club and helped host the famous Christmas House for many years. She and her husband Max served a full time mission for the LDS church in Argentina.