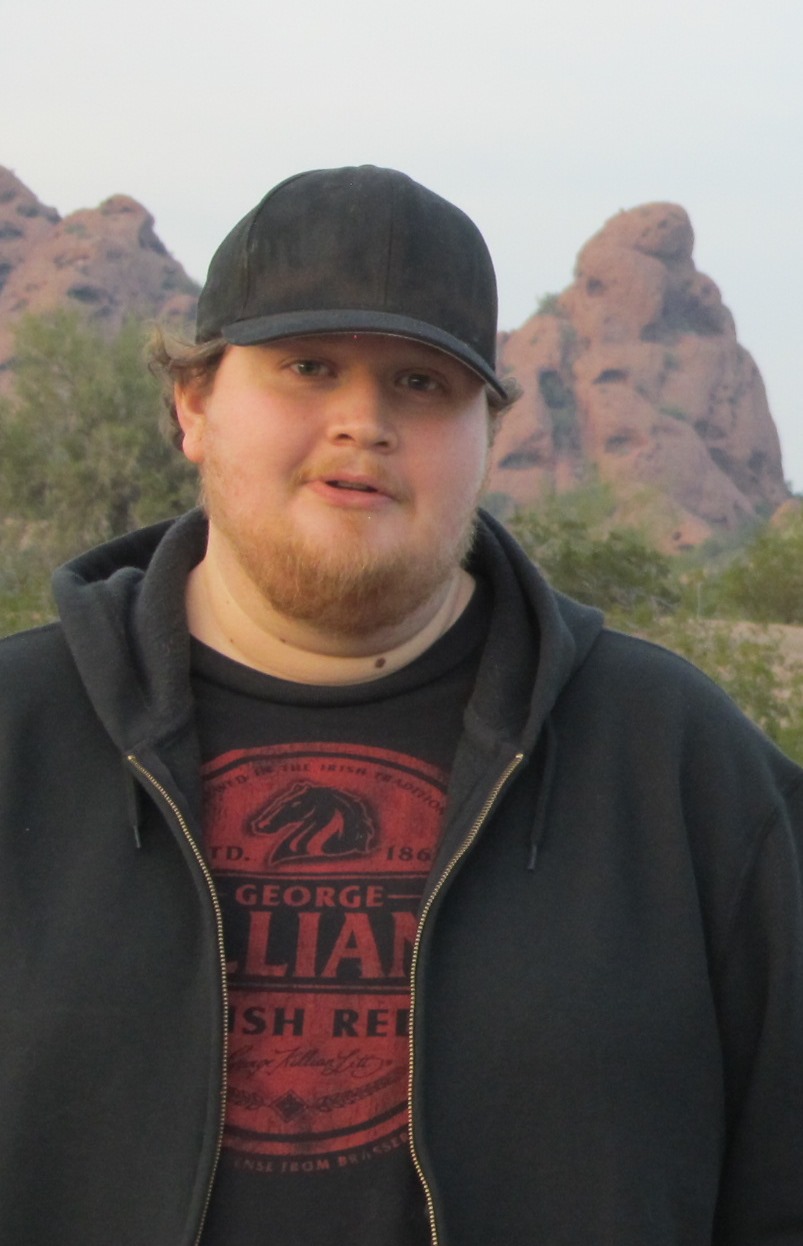 David Austin Killian was born July 29, 1988. He passed away July 1, 2015. David arrived on his parent’s 10th wedding anniversary and instantly brought great joy to his family. David is a Mesa High graduate and a proud member of the Church of Jesus Christ of Latter-day Saints. David is survived by his parents Elden David Killian and his mother Susan Jean Dudley Killian and brothers Seth Killian and Jacob Killian as well as his grandmother Shirlene Sargent and many aunts and uncles and cousins. David was a very gifted guitarist, poet and had a great sense of humor which was enjoyed by all who came to know him.  David began his journey after a three year struggle with heart complications in Tucson Arizona. The viewing will be at 6 PM, followed by funeral services at 7 PM, Friday July 10, 2015 at the Church of Jesus Christ of Latter-day Saints, 1315 S. 24th St. Mesa, Arizona. Interment will be Saturday, July 11, 2015 at 7 AM at the Salt River Indian Community Lehi Cemetery in Lehi, Arizona. Funeral arrangements handled by Bunker’s Garden Chapel.