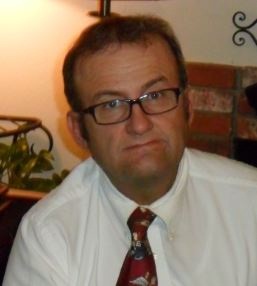 Kevan Leroy Smith, 60, lost his battle with pancreatic cancer on February, 22, 2016, but is now free from it. He passed away peacefully with his daughter Charity by his side.

A longtime Mesa resident, Kevan was born on Valentine’s day in 1956.  He is survived by his 5 sisters: Trella Trone McLouth, Loella Curtis Hemming, Alene Jackson, Jackie Madsen, and Loretta Broughton. He is also survived by his wife Cheri Arnow Smith and 4 children as follows: son Kylan Smith and 3 daughters, Kimarie Tryon (Jacob Tryon), Charity Smith, and Caitney Smith. He was also blessed with two grandsons, Jaicek Tryon and Keddrick Tryon.

Kevan was raised by goodly parents; Nello Rue Smith and Arminta Echols Smith who preceded him to heaven. He was also preceded by his older brother; Dennis Rue Smith.

Kevan owned and operated his own pool service & repair business, Sparkling Pool Service, since 1978, and had recently sold it.

He was a devoted member of the Church of Jesus Christ of Latter Day Saints. He faithfully served 2 years as a  missionary in the Idaho -Pocatello mission. A missionary at heart, he loved serving others and sharing the gospel of Jesus Christ.

He married his sweetheart bride Cheri on September 19th, 1980, in the Mesa Arizona Temple.

Kevan had love and compassion for others and was most often thinking of others before himself. He had a contagious smile and a big heart. His business motto was “Service with a Sparkle and a Smile” Kind, yet independent and strong, he is an enduring strength to his family. He is dearly missed. It is the hope of his loved ones to carry on his legacy of selfless service and love.