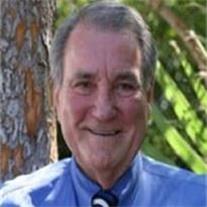 Dr. Kent Lytle Pomeroy of Scottsdale, AZ passed away on March 16, 2012 after a long battle with cancer. He was a gifted healer. He enjoyed his church callings and had a love for the Boy Scouts of America program. He loved telling jokes to family, friends and his patients. He will be deeply missed by all who knew him.

Kent was a drum major at West High in Phoenix and an Eagle Scout. He served a mission for the Church of Jesus Christ of Latter Day Saints and was a Captain in the United States Army and was the nuclear Doctor across from Area 51 in Nevada. He attended Arizona State University, Brigham Young University and the University of Utah, College of Medicine. He belonged to numerous medical associations throughout his life. He was Co-founder and Past President of the American Association of Orthopedic Medicine (AAOM); Past President and served as Secretary/Treasurer for Arizona Homeopathic and Integrative Medical Association (AHIMA). He received a lifetime achievement award and was an honorary board member for the American Osteopathic Association of Prolotherapy Integrative Pain Management (AOAPIPM). He has mentored and trained doctors from around the world in prolotherapy and made a detailed training DVD to better assist them.

In lieu of flowers please make donations to The Knouse Program at www.theknouseprogram.com or call 928-468-1133.