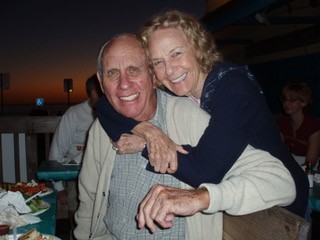 Kent Anderson Blake was born on December 7, 1922 in Pima, Arizona to Ella and Isaac Blake. His house was across the street from the Cluff home, where Carol (his future wife) would be born four years later. The day after Pearl Harbor was bombed, Kent enlisted in the Air Force and served as a pilot in the South Pacific. He returned home from the war and married Carol three days later on January 30, 1946 in the Mesa, Arizona Temple.

Kent graduated with a law degree from U of A and practiced law in Phoenix. He was a partner in the firm of Fennemore Craig for most of his legal career (34 years). He felt the men he worked with were great individuals as well as outstanding lawyers. He enjoyed his work and became an expert in water utility law.

An active member of the Church of Jesus Christ of Latter-day Saints, Kent held many leadership positions, including Bishop. After he retired from practicing law, he and Carol served a mission in Nauvoo, Illinois.

Kent was an avid golfer and continued to play until the last few years of his life. His golfing companions became some of his best friends and he especially enjoyed golfing with family.

Kent was a true gentleman. He was wise and kind and generous and gracious and fun and most of all happy. He left a legacy of goodness for his family and all who knew him.