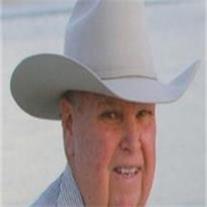 Kenneth Purvis Perkins, 73, passed away April 27, 2012. He was born August 7, 1938 in Phoenix AZ to Iris E. and Andrew C. Perkins, now deceased. His brother Ronald C. Perkins is also deceased. In 1961 Kenny was one of the members of the AZ Guides and Outfitters Assoc. Also, he was a charter member of AZ Desert Big Horn Sheep Society. In the 1950s and 1960s he raced dragsters with partner and owner Mike Kannapel. Later on he belonged to the Bass Pro Club. He belonged to Masonic Lodge #20 in Mesa, AZ and also Scottish Rite. Presently he owned & operated Perkins Diesel Service of Mesa, in business since 1948, and was a longtime member of Associated Diesel Specialists. He was a loving husband, father, and grandfather. He is survived by his devoted wife of 51 years, Mary A. Perkins, 3 sons, Andrew C. Perkins Sr., Kenneth (Jay) P. Perkins Jr., and Ronald C. Perkins Jr., also 4 grandchildren, Andrew C. Perkins Jr., Ryan Kelly Perkins, Hannah M. Perkins, and Trey Wilson. He will leave an empty place in our heart forever. His most endearing quality was “telling it like it is.