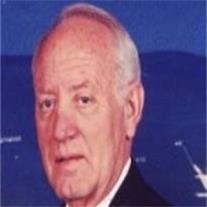 Kenneth Jon Hardy, 72 passed away on January 25, 2010, in Scottsdale, Arizona. He is survived by his sweetheart of 53 years Myrna Rudd Hardy and children Brian (Lauri), Brad (Michelle), Brenda Hardy, Becky (Dwyte) Kelly and Belinda (Brad) Wood and 14 grandchildren. He is also survived by his sister Norma Hardy and brother Phil Hardy. Kenneth moved to Phoenix in 1984 from Gresham, Oregon. He served his country in both the National Guard and Air Force from 1955 to 1962. His profession was a Real Estate Broker for most of his life. He was a life time member of The Church of Jesus Christ of Latter-day Saints and also sang with the Mormon Tabernacle Choir. Visitation is Sunday, January 31, 2010 from 6-8p.m. at Bunker’s University Chapel, 3529 E. University Drive, Mesa. Funeral services will be held Monday, February 1st, at 11:00a.m. at the LDS Des Moines Building, located at 2835 E. Des Moines in Mesa, with visitation 1 hr. prior. He will be buried at a private service at the National Memorial Cemetery of Arizona, Phoenix.