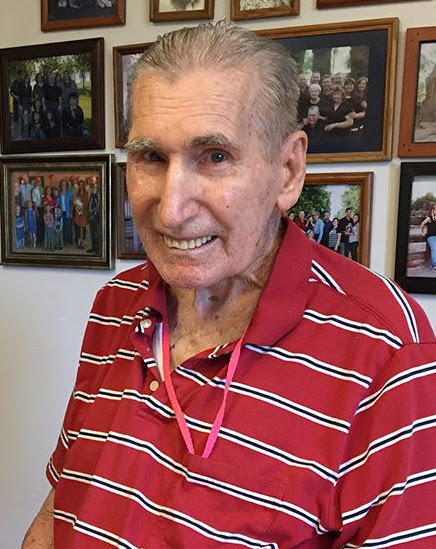 Kennard “Dewey” Ray passed away peacefully at the age of 87 on Saturday, June 23, 2018, surrounded by his loving family. He passed away after suffering a major heart attack.

Dewey was raised on a family farm in Mesa, Arizona and graduated from Mesa High School in 1949. After completing high school, he served a mission for The Church of Jesus Christ of Latter-day Saints in the Northern Western States Mission (Washington and Oregon) from 1951 to 1953. Dewey married Ina Scott in the LDS Mesa Temple in 1953 and was also drafted into the Korean War in April of that same year. He served for two years in Ft. Lewis, Washington and was honorably discharged in January of 1955.

Dewey graduated from Arizona State College at Tempe (Arizona State University) with a Bachelor of Arts Degree in Education in 1958. He was a police officer for the City of Mesa for 13 years and achieved the rank of Sergeant. He also taught Criminal Justice classes at Mesa Community College and owned a landscaping business for many years. Dewey retired at the age of 65 from The Church of Jesus Christ of Latter-day Saints, as a facilities maintenance worker.

Dewey was best known as a loving husband and father. A few months before his passing, he celebrated his 65th wedding anniversary to Ina Scott Ray. Dewey and his wife, Ina, had eleven children; Ina “Lynn” (1954-2015), Dewey, Scott, Dianne, Donald, Michelle, Annette, Steven, Amy Jo, Rebecca, and David. Dewey is also survived by 41 grandchildren and 39 great-grandchildren.

Dewey was an avid basketball player, enjoyed gardening, and loved to play card games and board games with his family.