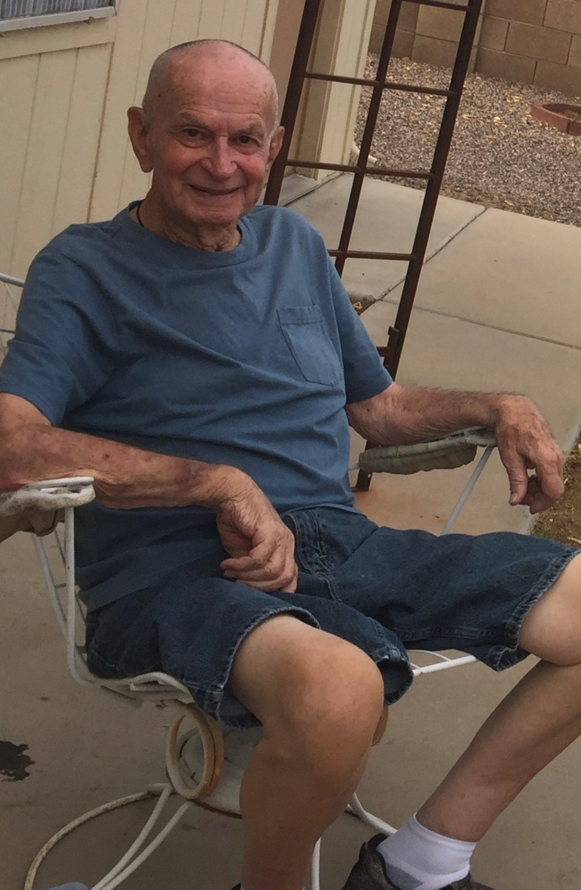 Keith Krog, 89 passed away peacefully at his residence in Mesa, Arizona on January 24, 2022. He was born to Peter and Jennie Krog in Chamberlin, South Dakota on February 6th, 1932.

Keith grew up in rural Buffalo County, South Dakota. He enjoyed farm life as the youngest of six siblings.  After graduating from High School, he entered the US Navy on January 11, 1951 and was deployed to serve aboard the USS Ozbourn during the Korean Conflict until he was honorably discharged on November 1st, 1954. He was a lifetime member of the American Legion Post #16 in Gann Valley, South Dakota and also a Life Member of the Fraternal Order of Elks Apache Junction, Arizona #2349.

Along with Ann’s young son, Phillip, they moved to the family farm in Buffalo County, South Dakota. They remained there until 1962. While there, they were blessed with the birth of their daughter, Brenda on October 12, 1960. They moved to Los Angeles in 1962. He worked for Southern California Gas Company for many years until his retirement, when he and Ann moved to Mesa, Arizona.

Keith was a loving husband and father who believed no sacrifice was too great when it came to providing for and protecting his family.  He enjoyed camping and fishing and visiting friends and family. Keith was known by all to be a quiet, kind, patient man who would readily give a helping hand to anyone in need. Due to his friendly, gentle nature, he was loved and admired by many.

His legacy lives on through his loving family and he is deeply missed.