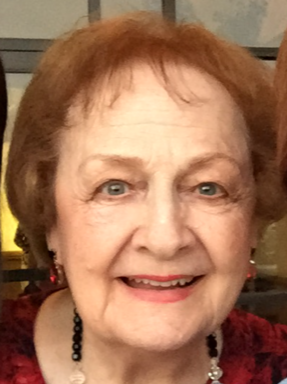 Kathleen was born October 25, 1927 in Colonia Juarez, Chihuahua, Mexico to Clarence Franklin and Anna Tenney Turley. She was the 2nd daughter in a family of 4 daughters and 5 sons.

She married Clayton H Hakes of Safford, Arizona in the Mesa Temple on March 20, 1948 and together they raised 5 children. Her husband preceded her in death in 1997, as also daughter Cathy Diane Hakes Haught in 2009.

After completing high school in Mexico, she moved to the United States working jobs and attending BYU in Provo, Utah before marrying. After marriage she and her husband relocated to Arizona where he worked for Valley National Bank until his retirement in 1984. Early in their marriage, Kathleen applied for and received US citizenship. They raised their children in Globe, Coolidge and Mesa, Arizona.

After her children were raised, she returned to Arizona State University where she completed her education and became an Elementary School Teacher in Mesa. She retired from teaching after a 10-year stint. She was active in church callings and particularly enjoyed volleyball. She was admired in her family for being selfless and concerned for the well-being and happiness of others. She was known to be well-read and possessed a large vocabulary. She was much loved and appreciated.

Funeral services will be held at the Church of Jesus Christ of Latter-day Saints chapel at 10am located at 1345 East University Drive, Mesa. A viewing begins at 9am, and interment follows in the Mesa Cemetery. Bunker Garden Chapel, 33 North Centennial Way, Mesa, Arizona 85201, is handling arrangements.