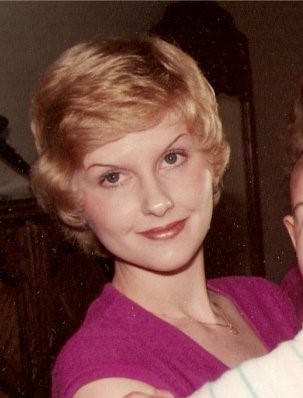 Kathleen (Kathy) Fay Rodriguez, 66 of Mesa, Arizona passed away on Wednesday, October 28th after a short battle with Leukemia.

Kathy was born in Estherville, Iowa on April 5, 1954 to Donald and Victoria Torreson. Her childhood was spent growing up on a farm, playing alongside her five brothers. After high school, Kathy traveled to California and it was there she would eventually meet her husband, Lino. In 1981, Kathy gave birth to their daughter Christina. They lived in California until 1989 when they decided to move to Minnesota to be closer to her family. In 2013, Kathy and her husband moved a final time to Mesa, Arizona. In 2019, she welcomed her grandson Hudson, whom she doted on with so much love and adoration.

Kathy was feisty, a fighter who bravely battled a neurological disorder since 2003. This illness greatly affected the use of her muscles. Although she struggled with her body over the years, her sense of humor, bravery and positivity never wavered. A kind soul, she touched everyone who knew her with her sweetness.

She was a devoted wife, mother, grandmother, daughter, sister, aunt, cousin and friend who will be forever missed but never forgotten.

A private memorial service will be held at Our Savior Lutheran Church in Mesa, Arizona.

For God so loved the world that he gave his one and only Son, that whoever believes in him shall not perish but have eternal life. John 3:16