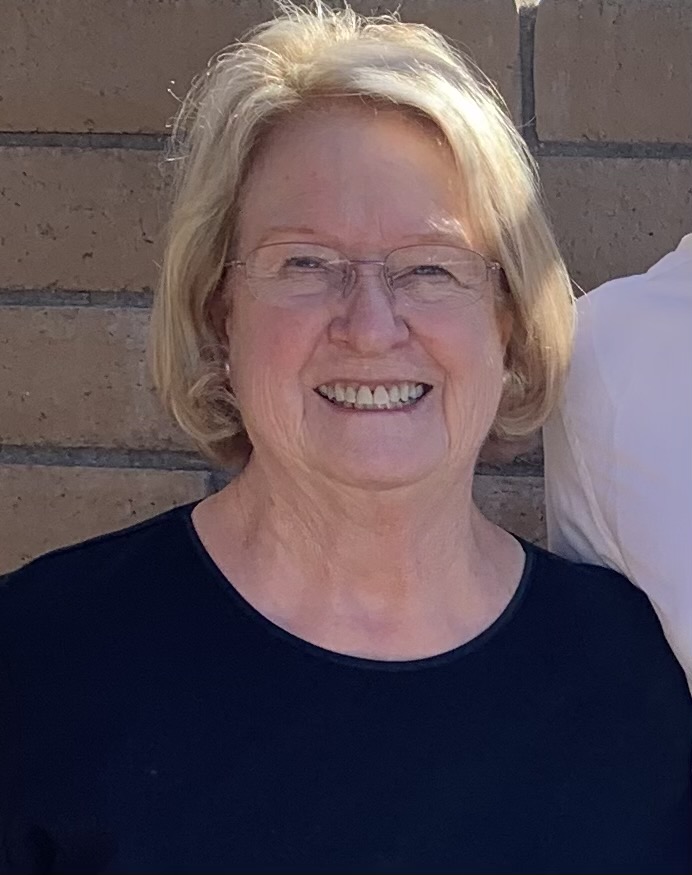 Karen Christensen passed away Wednesday, July 7, 2021, at the age of 73, in Mesa, Arizona. She was born November 9, 1947, to Grant and Aenone (Woolf) Christensen in Provo, Utah. Without the conveniences of modern  day technology, her birth took everyone by surprise because she was the second of unexpected twins. She was born 14 minutes after her older sister Kathryn (Kathy). Kathy would become her closest friend, and they were devoted sisters to one another her entire life. Soon after her birth, Karen, her two sisters, and mother moved to San Francisco, CA, to join her father who was beginning Dental School. After her father completed dental school, the family spent one snowy year back in Provo, UT, before she would arrive with her family on January 1, 1953, to the city she’d call home the remainder of her life – Mesa, AZ.

In Mesa, she graduated with Westwood High School’s inaugural class of 1965. Shortly thereafter, she left home to attend Brigham Young University where she graduated in May of 1969, with her degree in Elementary Education. Education was a guiding value within the Christensen home, and she would continue on to receive a Masters Degree in Education from Arizona State University and another in Library Science from Brigham Young University. Karen loved to learn and help others learn. She was a devoted educator spending more than 3 decades in the classroom or as a librarian.  Her career began at Hawthorne Elementary, however, most of her years were spent at Ralph Waldo Emerson Elementary in Mesa, AZ, teaching many of the same children that lived in her neighborhood. Education also served as a blessing in Karen’s life because of the many friendships that were forged with teachers and parents.

Karen was a devoted daughter, sister, aunt, and friend. Karen was a faithful disciple of Jesus Christ who believed that serving others was to serve the Lord. She lived to serve those around her. She would take one of her nephews to and from work during his high school years. She took her nieces and nephews to dinner, ice cream, and often bought or sent them gifts. She provided rides to neighbors without transportation to doctor appointments. She loved to laugh with her friends and attend cultural events with them such as concerts and plays. Her most notable service in life, however, was to her beloved parents. After her mother broke her hip in May 2003, she would retire and almost never leave their side unless it was to sleep or run an errand – usually for them. She lived to take her mother wherever she wanted or needed to go such as countless hair appointments, mani-pedis, to get frozen custard, or go see their dear husband/father. Often while her parents were in assisted living, she would drop off treats for the entire assisted living home. At her mother’s assisted living home, she would deliver dinner for the entire home every Thursday to help the caretakers. After her mother passed away, she and her twin Kathy turned their attention to taking care of each other, and together they have served the people of their neighborhood and LDS ward.

Karen is survived by her sisters Kathy Christensen, Janice (Larry) Metcalf, Marilyn (Dennis) Ellsworth, 13 nieces and nephews, and 52 great nieces and nephews. She was preceded in death by her sister Berit (Frank) Purcell. There will be a viewing Monday evening, July 12th from 5-7 at Bunker Family Funerals, 33 N. Centennial Way, Mesa. Services will be Tuesday, July 13th at the Mesa 25th Ward, 848 N. Westwood, 11:00 a.m., with a viewing from 10:00 – 10:45. Bunker Family Funerals is handling arrangements.