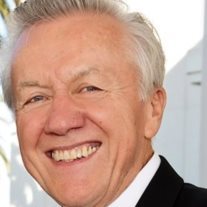 Paul, 77, was called back to his heavenly home on Monday, August 4th, in Mesa, AZ. He is survived by 4 siblings Richard, Deonne, Lynn, and Mark; his loving and devoted wife, Lynda Brenchley; his 4 children Preston, Michelle, Renee, and Paul; his 3 step-children Darla, Dallas, and Danny; 30 grandchildren and 3 great-grandchildren. He was preceded in death by his parents, Preston and Alta; first wife, Yvonne; step-daughter, Diane; and sister Carla. Paul was married to Yvonne (Bonnie) Brenchley for 37 years until her passing and then to Lynda Finch Brenchley for 16 years. Paul grew up in Wellsville, UT and attended South Cache High School. He faithfully served a two-year full-time mission for the Church of Jesus Christ of Latter-day Saints in the Minneapolis, Minnesota area. He went on to earn his undergraduate degree from Utah State University and later, his Doctorate in Dental Science from Northwestern University. He practiced dentistry in Phoenix, AZ for 36 years before retiring. Upon retiring, he served two missions with his wife Lynda in Martin’s Cove, WY and a humanitarian mission in the Phoenix area. Paul was loved and admired by all who knew him. He leaves an honorable legacy of faith, love, strength, and dedication for his family to follow. Visitation is Fri., Aug. 8, 2014 from 6-8 PM at the LDS Church, 2220 N. Harris, Mesa, AZ. Funeral services are Sat., Aug. 9th at 11 AM at the same location, with visitation at 10 AM.