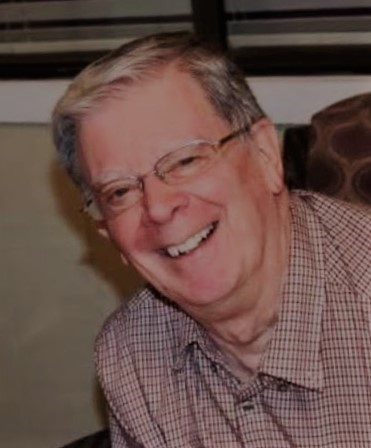 On Tuesday, March 9, 2021, Joseph V. Sansom, loving husband, father, grandfather and great-grandfather passed away peacefully, surrounded by his loved ones. He was 79.

Joe was born on May 24, 1941 in Huntington, West Virginia to Henry and Eleanor Sansom. He was raised alongside his older brother Ed as the two shared many fond memories of countless hours spent with great-aunts, uncles and grandparents. He developed a lifelong fascination for trains while living in Huntington, where many of his family members were trainmen for the Chesapeake-Ohio Railway. Days were filled bike riding with his friends from Ent Air Force Base, to ballgames, and to the then-undeveloped Austin Bluffs for endless afternoons of boyish exploration.

The family moved to Colorado Springs while Joe was in the fifth grade. He developed a love for roller-skating and what started out as a hobby quickly became a job, and he spent long nights down at the roller-rink as a floor guard. Frequent visits to the nearest record store introduced him to another new interest: music. The majority of his allowance was devoted to growing an impressive record collection. Trips to the movie theatres and Patsy’s Caramel Corn and Ice Cream Shop took up the rest. The next couple years were spent devoting time to his hobbies.

His family moved to Scottsdale, Arizona, right before his senior year of high school where he graduated in 1959 from Scottsdale High. He went on to attend college in Phoenix, studying business, and spending every extra second proudly working at Arizona’s first Bob’s Big Boy.

Joe met his eternal sweetheart Sue Perkins early in 1968 and they were wed later that year. They were later sealed for all eternity in the Mesa temple. Their marriage resulted in four beautiful children, eleven grandchildren, and five great-grandchildren. Throughout his years, Joe earned a reputation as a hard-working man and retired from Southwest Gas. He was known for his unique sense of humor, his kind smile, his dedication to and love for his family, and the ability to make everybody feel like they were his favorite.

He is preceded in death by his parents, his son, Bradley, his brother, Edward, and his granddaughter, Ayla.

He is survived by his wife, Sue, his children, Margaret, Daniel, and Jessica, as well as his eleven grandchildren and five great-grandchildren.