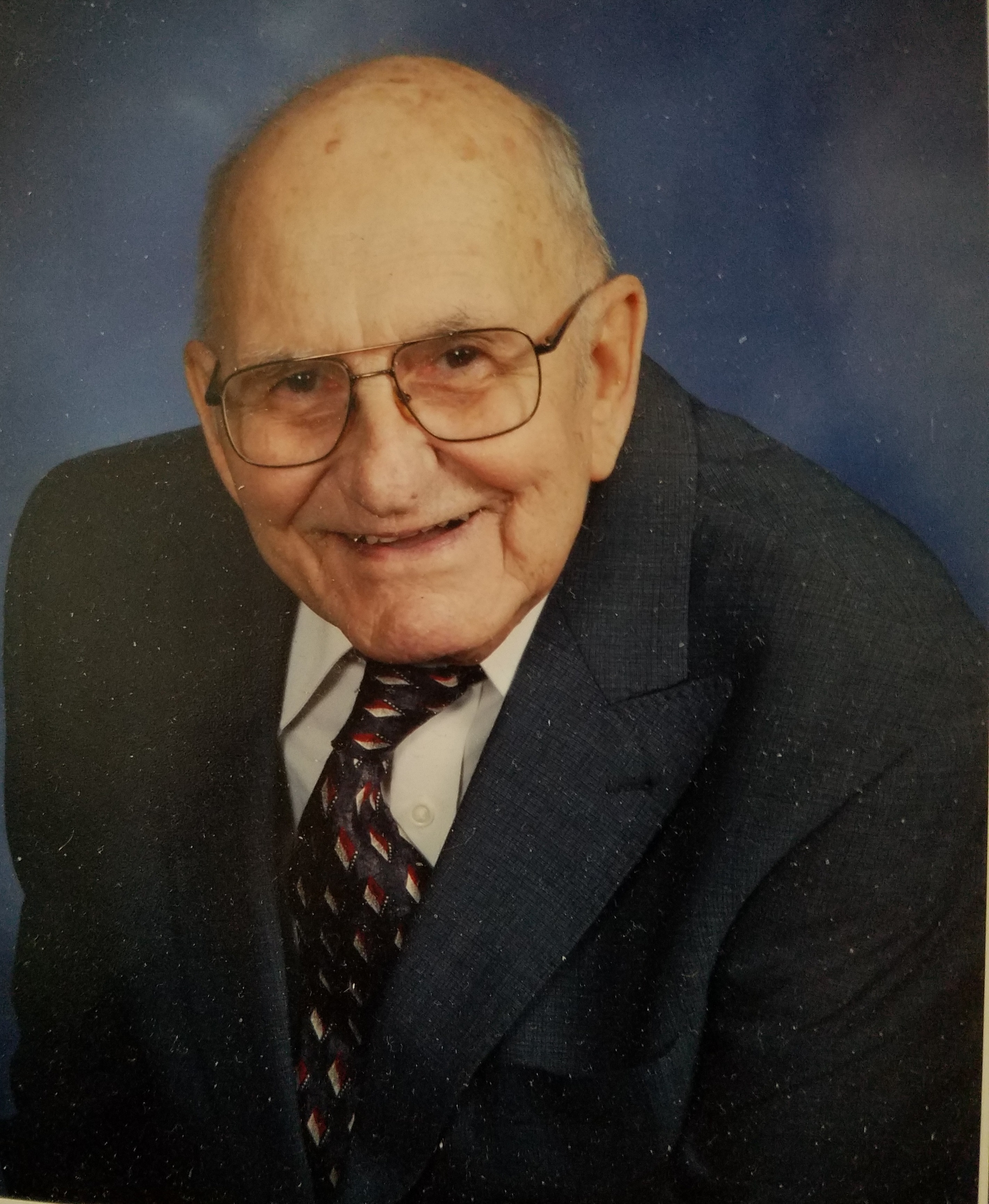 Joseph C. “Joe” Kintz, 93, of Mesa, AZ passed away peacefully at home on April 19, 2019, surrounded by family members.  Joe was born August 4, 1925 in Fort Wayne, IN to Frederick and Esther Kintz who preceded him in death.  He was also preceded in death by his sister Betty, stepfathers James Jacoy and Lawrence P. Hickey, and brother Vincent. In addition to his wife and children, Joe is survived by two sisters – Mary Mundt (Richard) and Jeannette Sallows (John), both of Fort Wayne, IN.   Following his 1943 graduation from Central Catholic High School in Fort Wayne, IN, Joe joined the WWII fight in the Pacific as member of the United States Navy serving as a Seabee in the Phillipines and China.  Joe returned home in 1946 and on July 29, 1946 he married his childhood sweetheart, Jane (Hickey) who survives him.  Their union of 72 years produced 10 children Larry (Laurel) of Houston, TX, Fred (deceased), James (deceased), Kathleen Carr (Paul) of South Bend, IN, Patricia Bunton (Jerry) of Mesa, AZ , Christine “Tina”  Macias (deceased) (David), Mary Hanifin (John) of Mesa, AZ, John (Karla Jo) of Muenster, TX, Sharon of Phoenix, AZ and Janice Pagano (Gino) of Niles, MI, 16 grandchildren and 25 great-granchildren.

Joe was a hard worker with a natural ability to fix or repair anything. He spent the early years of his marriage to Jane working as an auto mechanic for Swanson Chevrolet in Fort Wayne. He spent weekends tuning up race cars for the owner of the dealership. An avid NASCAR and INDY Car fan, Joe really enjoyed his work as a mechanic, and passed on his skills and his love of racing to all of his children and grandchildren. There were many Memorial Day backyard bbq’s to watch and celebrate the Indianapolis 500, and from February to November, weekends would find Joe watching NASCAR races on television, with the occasional trip to see the Brickyard 400 in Indianapolis. Joe was also an airplane aficionado and in 1958 he moved his growing family to South Bend, IN where he entered the airline industry as a Station Agent for North Central airlines which eventually was merged in to company that is today Delta Airlines.  He wore many hats during the next 30 years performing a range of duties that could be described as doing everything except flying the plane. Joe relocated the family once again to Phoenix, AZ in 1983, and retired from Delta in 1988 after a 30 year career.

Family was always first for Joe, and he and Jane raised theirs with love, and a strong faith in God. Joe firmly believed in the power of prayer and God’s blessings. He was a member of Holy Cross Catholic Church in South Bend, IN and in Mesa, AZ. Joe’s children will remember many travel adventures with him and their family, and his signature line when things got a little frustrating , “Who has more fun than us?!”  The answer is – nobody.  His way of living was simple – work hard, laugh loud, forgive often and love always.  While we are sad to lose him here on earth, our hearts rejoice with the belief that God has called Joe, His good and faithful servant home to be with him in heaven.

We wish to thank all of the staff and medical personnel who took care of Joe as he made his journey home including Banner Gateway hospital, Encompass Rehab and especially the team from Hospice of the Valley.

A memorial service will be held in Indiana at a later date.