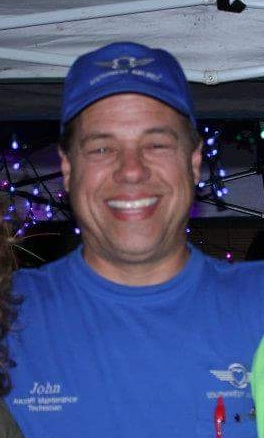 John William Burbank, 57, passed away on June 25, 2018. He was born on March 4, 1961 in San Diego, California. John was the epitome of service and giving. His life was spent serving his family and friends and all of those he met. Because of John’s giving and Christlike demeanor, you could not help but be a better person just because you knew him.

John was an aircraft mechanic, but more importantly he was a husband, father and friend. John married Melodie Palmer and had five beautiful children: Vanessa (Andrew), Melissa (Devin), Rusty (Sonya), Hailee (Ammon) and Amber. He now has five beautiful grandchildren, Zoe, Carly, Jake, Wyatt and Gemma. Everything John did was for his family.

John was predeceased by his parents, Judy and Larry Burbank.