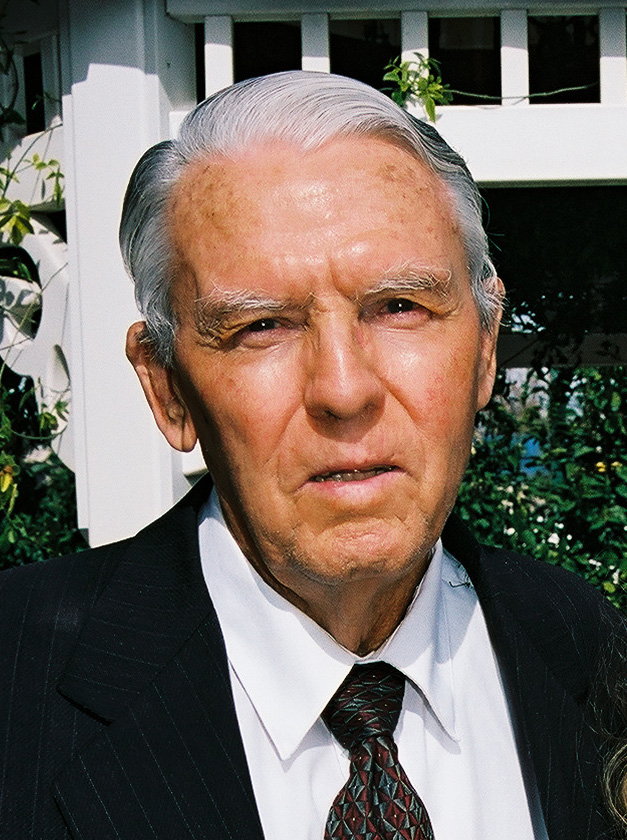 John Vernon Cowgur passed away on September 6, 2014 having lived a long and full life. John was born in Kenny, Illinois on January 29, 1929 the second of 12 children to Joseph Nathan and Mabel Carlson Cowgur. In 1942, he and his family rode a train to Arizona to find work on the cotton farms. Following his parent’s divorce, John became the sole support to his mother and 7 surviving siblings. This began a lifetime of hard work and dedication as he generously sacrificed his time and money to take care of his extended family and others in need.

He and his family joined the LDS church in 1945 and he married his sweetheart, Kathleen Flake, in the Arizona Temple on December 17, 1948. They moved to the Turley Ranch on West Broadway in Mesa where they raised their 5 children: Stephen (Margaret,) Kathy Kerby (Lou,) Teresa Skousen (Dan, deceased,) Robert (Elaine,) and Karen Kelley (Grant, deceased.) John farmed cotton, alfalfa and other crops in Gilbert, Mesa and on the Salt River Reservation. He always worked from sun up to sun down even though he suffered with ill health for much of his life. Although he lacked a formal education, John was brilliant when it came to farming and equipment; he could fix anything mechanical.

John loved the Gospel of Jesus Christ.  He served in many positions in the Alma Wards. He enjoyed missionary work and served a mission in Louisiana with Kathleen and an 18 year mission to the LDS Granary on the site of his former farm. John and his family enjoyed trips to the lake, vacations in his motor home and lots of family parties in his pool.  After 53 years of marriage and 22 precious grandchildren, Kathleen passed away in 2002.

John married Juanita Tagg and added 5 step children to the Cowgur Clan. Russell (Joanna,) Ernie (deceased) (Janelle,) Annette Jewkes (Victor,) Will (Jacqueline,) Saralyn Allen (Redge,) were happy to call him Dad. Together, John and Juanita’s children, grandchildren and great grandchildren along with all their spouses now total 116 and John was very proud of this legacy. He is also survived by his sister, Bonnie Ferguson and brother, Willie Angle and many nieces and nephews.  We will all miss this kind, handsome, intelligent, hard-working man who always gave the biggest and best hugs.

A visitation will be held on Thursday, September 11th from 6 to 8 p.m. in the Kleinman Park Building at 616 S. Extension. Services will be held in the same building at 10 a.m. on Friday, September 12th, with interment to follow in the Mesa Cemetery. In lieu of flowers, the family suggests contributions to the LDS Missionary Fund.