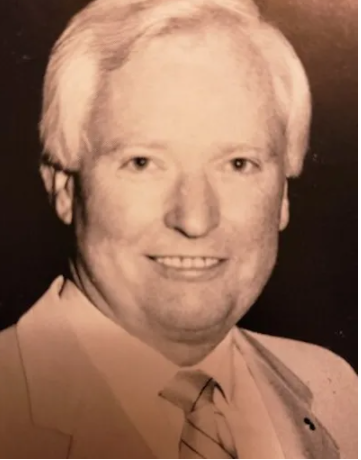 Born in Manhattan to Patrick and Mary Gilligan on February 25th 1937, John had more than 40 years in banking, and was well known in Yonkers for his work with the Kiwanus Club , Yonkers Chamber of Commerce, United Way and the Westchester County Bankers Association .

He was predeceased by his wife Nancy in December 2020. They had many dogs over the years and he loved them all. He also loved the San Francisco Giants formerly of the Polo Grounds, N.Y. where he saw them play as a kid.

He is survived by son John , wife Emily, who became John’s “daughter” over the years, sister Alice Scherf , nephew Robert (Mary) , nieces Barbara Zaccarelli and Marianne Telenko (Allan) their families , and many cousins and friends , all of whom he loved dearly.

After his second Covid vaccine in April my father had brain fog and issues with balance and appetite. He began to develop dementia , which increased rapidly after a fall at home in July. He stopped eating in the hospital , which led to his death.

As a media member , I know the story is not balanced. My father told me in his last months that he was “done with vaccines” and said “giving it to kids would be criminal.” Heed his words.